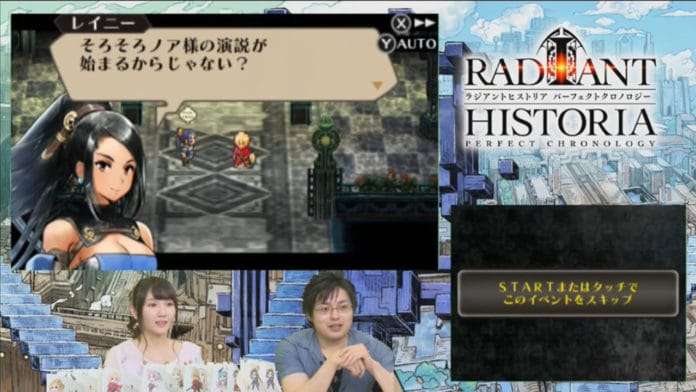 As announced previously, Atlus held a live stream earlier today showing off more than an hour of Radiant Historia: Perfect Chronology, the upcoming remake of the 2010 Nintendo DS RPG.

Nintendo Everything captured footage from the live stream.