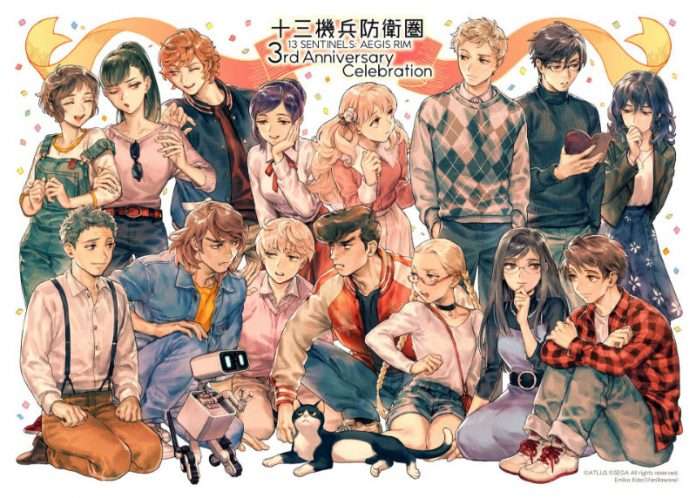 Following the announcement last month that there would be a live stream to celebrate the third anniversary of 13 Sentinel: Aegis Rim‘s release for the PS4 on November 28, 2019, Atlus has announced that it will take place on November 28th.

To celebrate, they have released a new third anniversary illustration for 13 Sentinels: Aegis Rim by Vanillaware, featuring the characters in plain clothes. 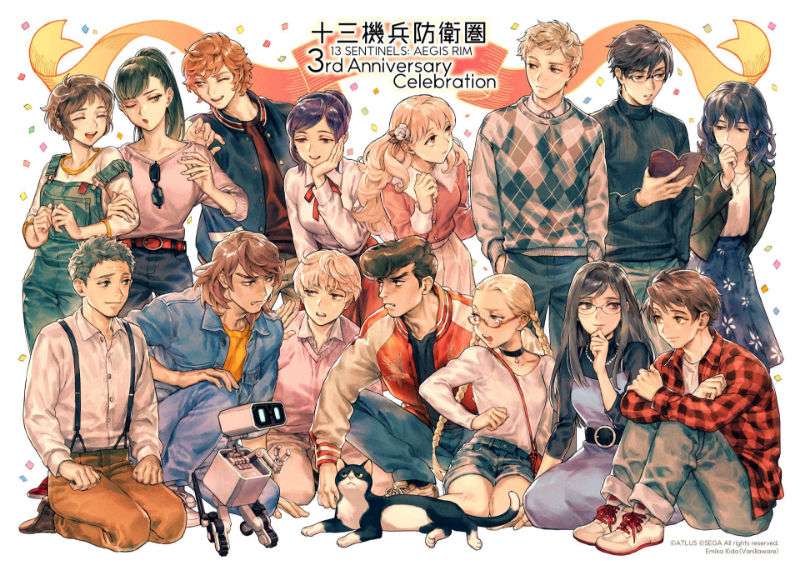 The live stream will feature the results for the previously released questionnaire, a special live performance by Hu Ito who voice Miyuki Inaba, and the introduction to 3rd anniversary merchandise.