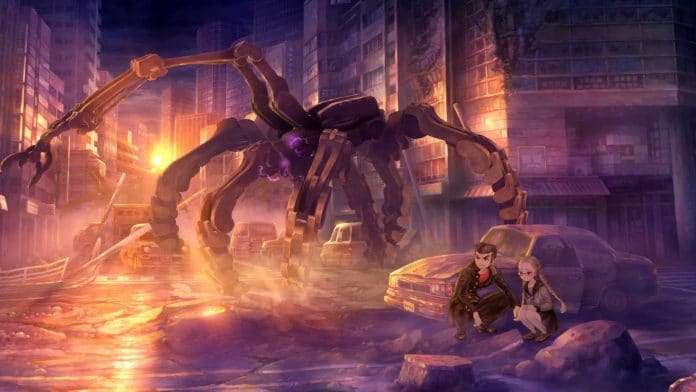 Following the announcement that Vanillaware’s sci-fi adventure and strategy game 13 Sentinels: Aegis Rim would be delayed to September 22 in the West, lead editor Allie Doyon was interviewed by Sega communications manager Ari Advincula on her role working on the English voice recording.

Allie addresses the process of voice recording with these current issues:

AA: What has it been like handling VO during quarantine?

AD: Oh man, it’s been quite an experience, haha. We started out recording as usual at the studio, but it wasn’t long before COVID-19 forced us out of that close-quarters environment. Everyone involved, especially the studio owners, engineers, and actors themselves had to come up with alternative solutions to get the job done. Actors’ safety is paramount — they need healthy lungs to do their jobs! — but nobody wanted to give up on this game’s incredible English voice track, either.

It took some time to work everything out, but ultimately, we ended up recording the rest over video conference call. It’s not as simple as just calling in and talking — we needed studio-quality audio recordings, a way for the audio engineers to work with said recordings on the spot and afterwards, and a way for each actor to view the director’s screenshared script at a readable size. To help achieve that studio quality, actors set up makeshift studios in their own homes, which sometimes meant getting cozy in a closet with a nice mic! Needless to say, there were a lot of technical complications, but everyone really went the extra mile to make it happen.

13 Sentinels is a narrative driven game with 13 playable main characters (hence the title). Allie addresses the challenge this presented for the voice actors:

AA: Do you have any special stories you’d like to share about working with the voice actors?

AD: If you think the story of 13 Sentinels sounds complex, just imagine what our voice director had to say to explain it to each actor as they entered the booth! I lost count of the number of times “wibbly-wobbly, timey-wimey” was said over the course of recording. Since there’s no single “main character” of this game, each actor only saw their own side of the story, leaving many of them excited to see how it all comes together in the end.

Without giving away any spoilers, I’d also like to say that certain aspects of this game presented an incredible acting challenge, and I’m so impressed with how well they all nailed it! There’s a real showcase of talent here, and I can’t wait for everyone to play it and find out what I mean.

The full interview, introducing the game and discussing its charm, can be read on the PlayStation Blog.