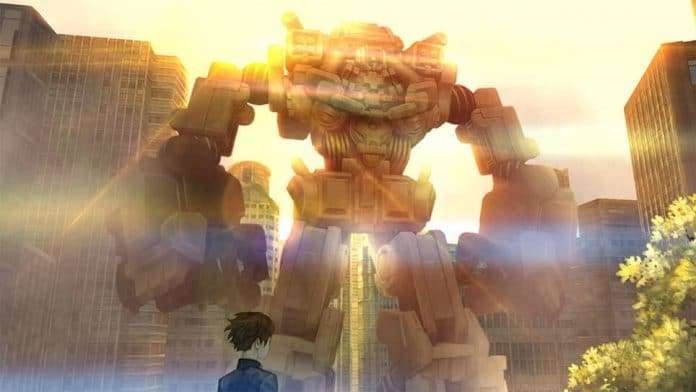 The latest project by Vanillaware and Atlus, the dramatic adventure game 13 Sentinels: Aegis Rim, was announced for a November 28, 2019 release date recently.

This week’s edition of Weekly Famitsu magazine #1599 releasing on July 25—or the August 8 – 15, 2019 double issue—includes a 10-page feature on 13 Sentinels with key art and detailed information on the main characters and the game’s mechanics.

Some information from the upcoming issue of Famitsu has leaked.

The game is composed of three parts:

The “Adventure” component is the segment of the game that was playable in the 13 Sentinels: Aegis Rim Prologue demo. From the perspective of the 13 playable characters, interact with the environment and with other characters to solve mysteries and advance the story.

Characters’ clothing will change depending on the scene. An example given is a screenshot where the character Yakushiji Megumi can be seen in an apron.

Cloud sync will offer exclusive episodes for each character (in the form of retrospectives).

The “Battle” part is a strategy game. The goal is to intercept waves of large monsters targeting the “terminal” and defeat them. Players customize and strengthen their sentinel mechs using “metachips” obtained in battle. There are the following types of sentinels:

Victory in these segment is key to continuing the “Adventure” segments. A “Casual” mode will also be available for those who simply want to enjoy the game’s story.

The “Archives” part of the game is a collection of sentinels, monsters, and various other glossary elements and events.

“Archives” is also where you can unlock certain files called “memory pieces” acquired during the strategy battle part of the game, and unlocking these is the condition to unlock the retrospective parts in the story.

Players are also able to revisit events and scenes which have taken place previously in the game. 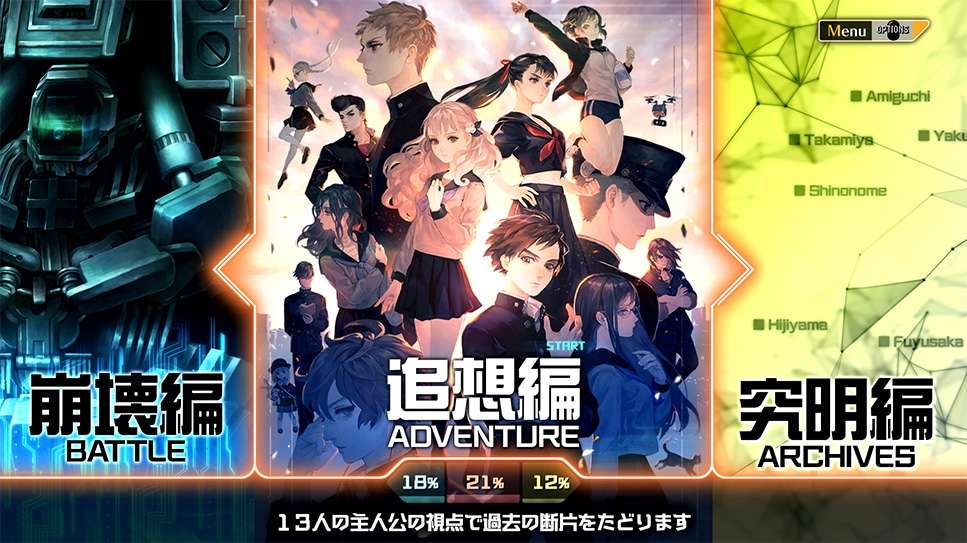