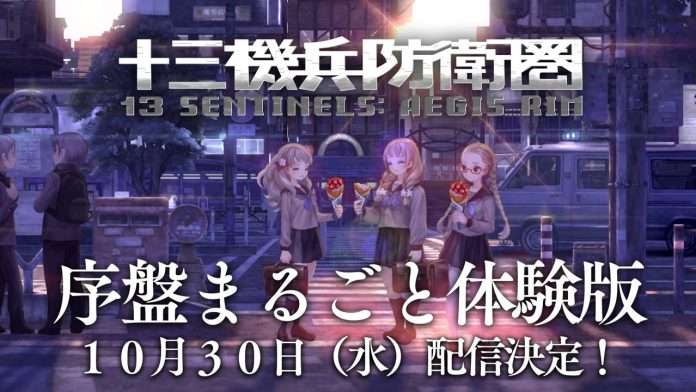 Last week, Atlus announced that the sci-fi dramatic adventure game 13 Sentinels: Aegis Rim would be receiving a demo version in the near future. Today, it’s been announced that the demo will be released on October 30th, in Japan.

The demo consists of a timed version of the full game. Players will be allowed to play 3 hours within the actual retail version of 13 Sentinels, as-is. Players will get to experience both the adventure parts with the game’s epic story, and the exhilirating strategy battle parts.

Save data from this demo can be transferred to the full version of the game.

Customers who have purchased 13 Sentinels: Aegis Rim Prologue earlier this year will be able to play six hours in this demo instead of only three. Save data from Prologue will be required for this.

Alongside this announcement, Atlus has announced that 13 Sentinels: Aegis Rim Digital Archives, which is the digital version of 13 Sentinels Prologue, will be discontinued from the PlayStation Store on November 27, 2019.