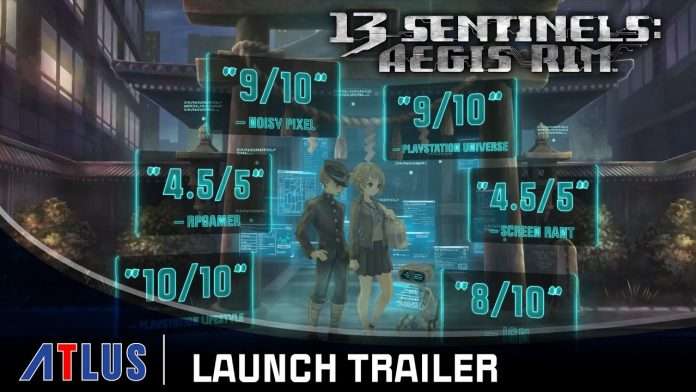 IRVINE, Calif – September 22, 2020 – Get in the Sentinel, 13 Sentinels: Aegis Rim is available now! The launch trailer released today shares accolades for the newest installment from Vanillaware, the storytellers behind Odin Sphere and Dragon’s Crown. English voiceover is also available today, via a Day 1 patch.