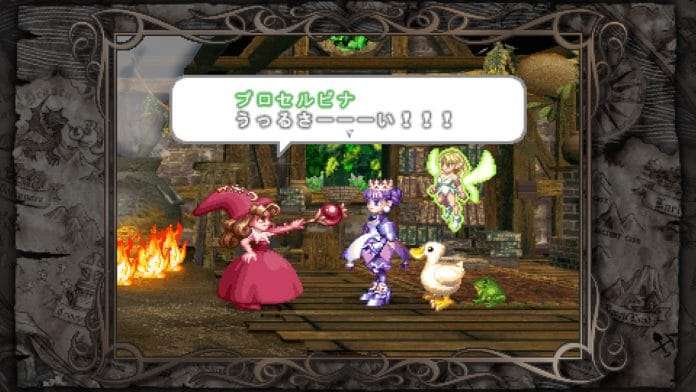 It was previously announced that first-print copies of the recently released Vanillaware advanture game, 13 Sentinels: Aegis Rim, would include a PlayStation 4 port of the action RPG Princess Crown as downloadable content.

Today, Atlus has announced that this bonus 13 Sentinels DLC of Princess Crown will launch on January 31, 2020 in Japan. The PS4 version has the same content as the PSP version of the game, which was released in 2005, and it also has the same resolution.

Those who bought a physical copy or purchased the “Digital Artworks” version of the game will be able to download Princess Crown via the PlayStation Store as DLC.

The action RPG Princess Crown was released for the Sega Saturn in 1997, and represents the origin of “Atlus x Vanillaware” (read more about that history here). It’s a classic title with beautiful 2D art, and it is now being ported to the PS4.

A gameplay video featuring Pricness Crown on the PS4 was previously released and can be seen below.

13 Sentinels: Aegis Rim was released for the PlayStation 4 in Japan on November 28, 2019. The game will be released in Traditional Chinese and Korean in Spring 2020. It was announced for English localization in June 2017. No Western release date has been announced as of yet.