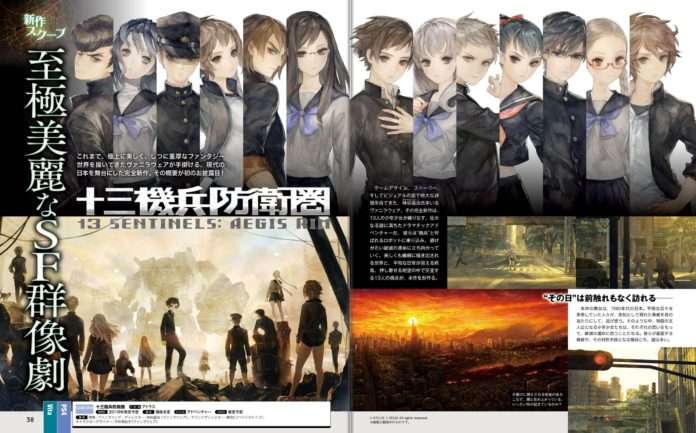 Weekly Famitsu magazine issue #1503 includes a 4-page 13 Sentinels: Aegis Rim feature, showing off key art for the game and screenshots from the latest trailer, as well as revealing a few more details on the game. 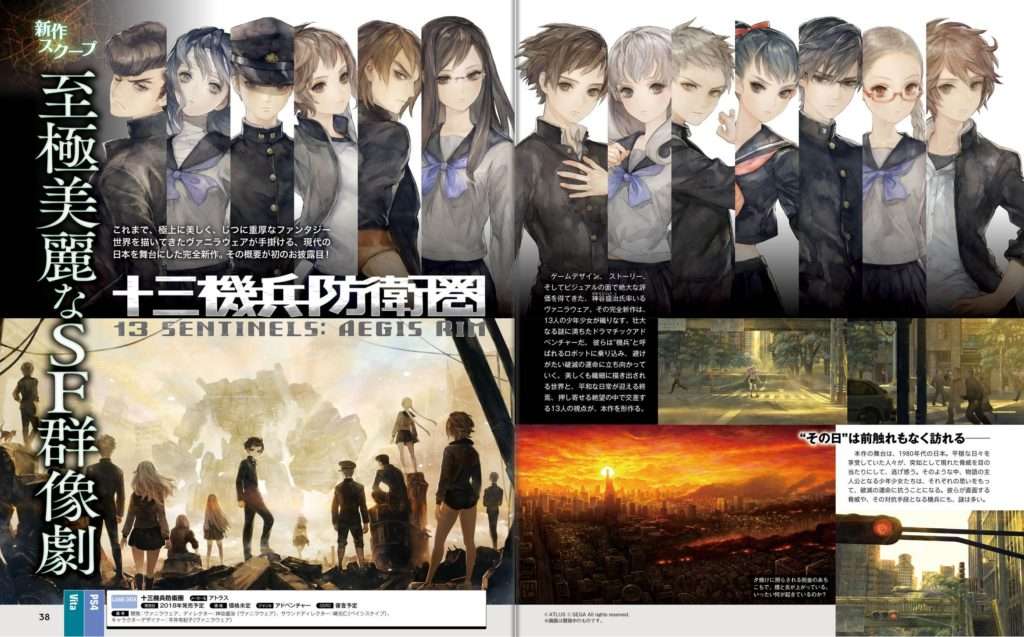 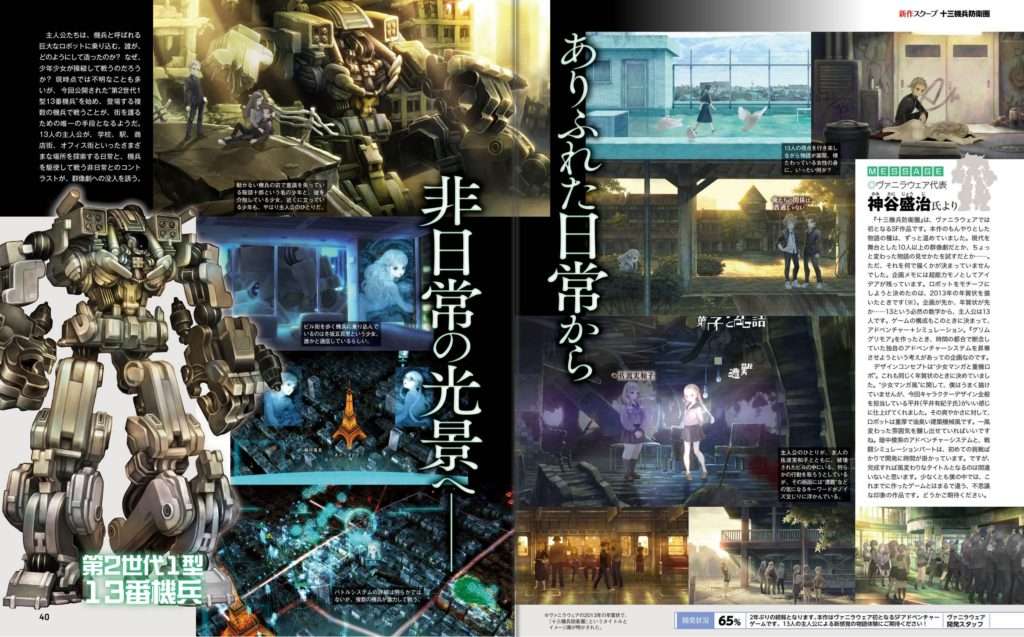 Developed by Vanillaware and lead by George Kamitani, 13 Sentinels: Aegis Rim is a dramatic adventure—taking place in Japan in the year 1980—filled with mystery involving 13 boys and girls. They pilot robots called “sentinels” and oppose their destiny of inevitable ruin.

Thirteen perspectives, one for each character, are depicted in the game, and the game moves back and forth between them. They show a peaceful everyday life being struck by despair.

Kamitani states that one of the design concepts is “manga girl + large heavy robot.” He says that it has taken some time to develop, but that when it will be complete, it will surely be a quirky title. The game is divided between adventure portions where the player navigates and investigates the unknown, and strategy combat portions. This has proven to be a challenge to develop.

The development of the game is currently 65% complete.

13 Sentinels: Aegis Rim will be released for the PlayStation 4 and PlayStation Vita in 2018.