Additionally, a user survey and a 1st anniversary Twitter campaign are being held. The results of the survey, along with comments and fan art will be shown during the live stream. 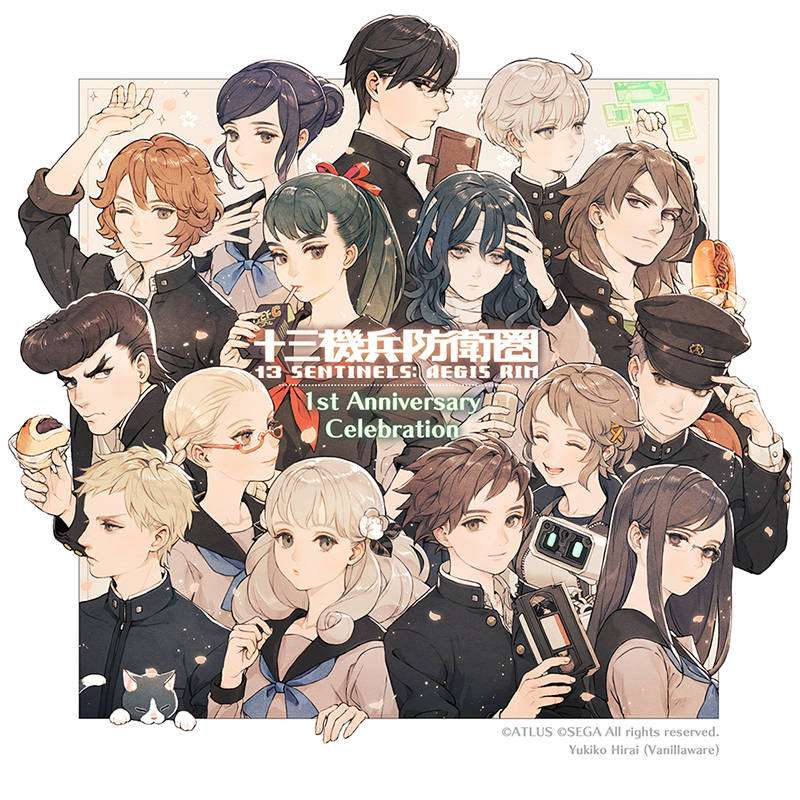 The live stream will take place on 19:30 JST on November 28th, exactly 1 year since the game’s Japanese release on the PlayStation 4. Alongside various guests, there will be a mini concert with a live performance of “Seaside Vacation” for the first time and a DJ set of 13 Sentinels: Aegis Rim background music remixed specifically for the live stream.

The guests are Japanese voice actors from the game:

The concert will feature the sniger Hu Ito (in the role of Miyuki Inaba). The concert will also feature composer Yoshizo Kudo from Japanese video game music production company Basiscape and Mitsuhiro Kaneda as the DJ.