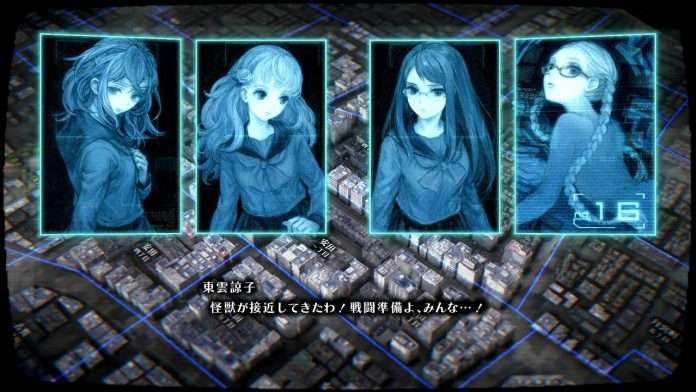 Atlus has sent out a press release for 13 Sentinels: Aegis Rim, with details on important side characters and the combat system.

The previous press release included profiles for the 13 main characters and an overview of the gameplay systems.

Important people who are deeply involved with the 13 main characters

A genius high school student with a very high IQ. He is deeply knowledgeable on the Defense Corps and has created various technologies, including the sentinels.

He is full of intellectual curiosity, and he tends to be independent without listening to what others have to say.

In 1944, in order to acclimatize himself to the time period, he dressed himself as a woman and named himself Kiriko Douji.

A mysterious, talented high school student adept at fooling people. What is his purpose…?

Okino, dressed as a woman, suddenly confesses to Nenji Ogata. Out of jealousy, Hijiyama Takatoshi beats up Ogata.

Where is Kisaragi and what is she doing? In a future facility, Fuyasaka finds herself acting with Kurabe.

The troubling phrase “Dispose of the Sentinels.” The mysteries regarding enemy or ally only deepen.

How much information does Okino have on the “Fate of Ruin”? 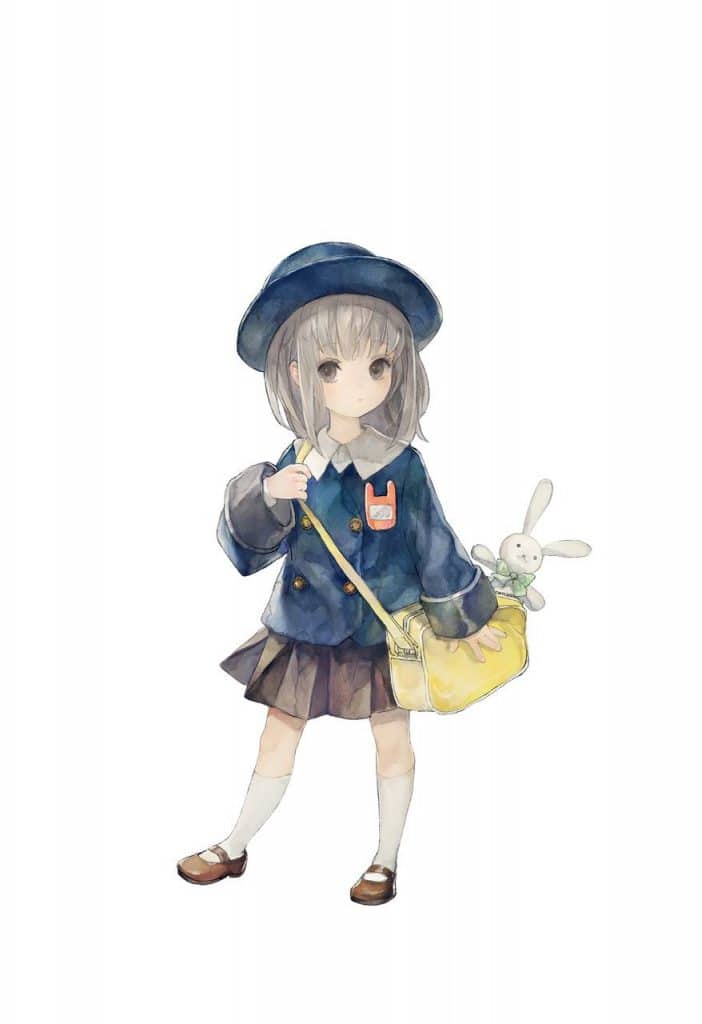 A little girl who always performs activities along with Gouto. She has a stuffed toy, carefully placed in a yellow bag.

The school clothes she wears were made by Gouto.

Another memory and personality transplanted into a young girl.

Gouto finds the young Chihiro with Morimura’s memories transplanted in her, and asks her for instructions.

After jumping 40 years to 1985, Miura’s sister is completely different. 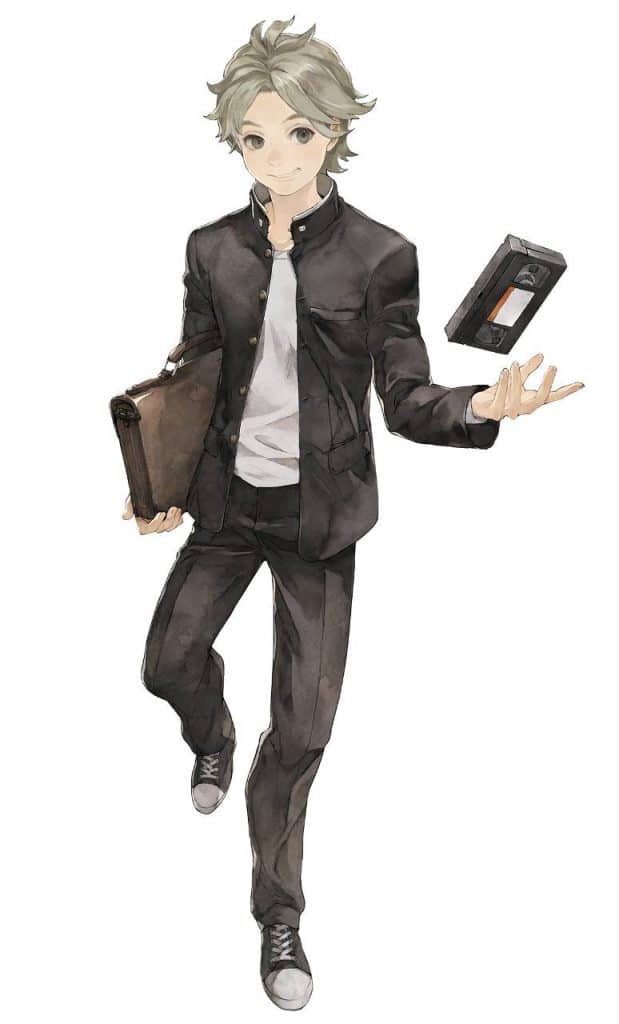 A childhood friend of Kurabe’s, who enjoys science-fiction and movies with special effects. He is a friendly, simple-minded mood maker who’s always pulling off pranks. He has a mysterious power.

At first glance, an ordinary high school boy. But, in reality…?

After a certain incident, he discovers that he has a mysterious power.

Kurabe’s memory of Shiba is erased. Apparently, they do not seem to be friends. 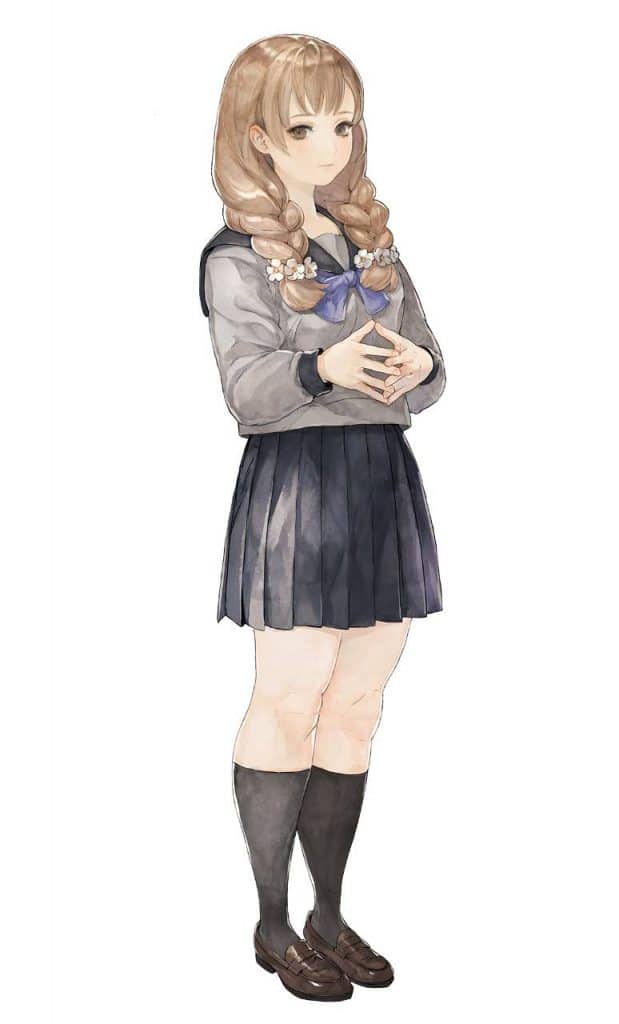 She is good friends with Fuyasaka and Kisaragi. The three often hang out with each other and eat on their way home from school. She has a reserved and gentle personality. She is self-conscious about her chubby figure.

A loving friendship with gossiping and eating!

She likes handsome guys and seems to be a fan of Amiguchi.

Curious about the relationship between Fuyasaka and Sekigahara. Her inflated ideas are out of control.

Ogata is a childhood friend.

In 2025, in building abandoned in 1985, she explores along with Ogata and Kisaragi.

How to proceed with “Battle” sections

The goal is to defend bases from the attack of large monsters (“Kaiju”). Once you have chosen an area to defend, organize your team according to the types of monsters that will appear.

Up to six people can be dispatched at once. There are event scenes during battles, and you can enjoy exhilirating and immersive strategy gameplay. 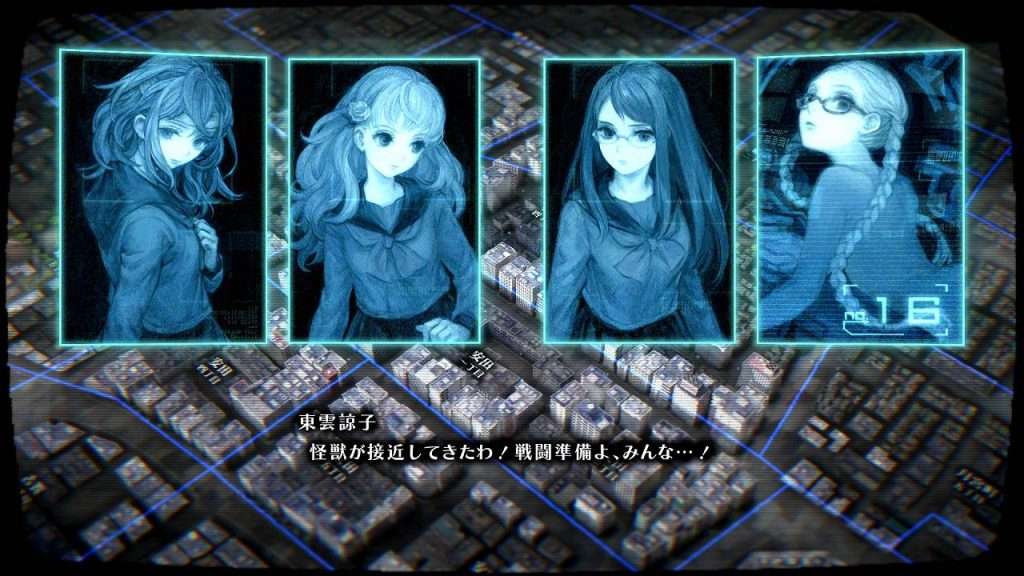 Choose your weapon and attack the enemy. There are various types of monsters such as ground types and flying types. The most effective method of attack differs depending on the monster, so determine their type and engage in battle. 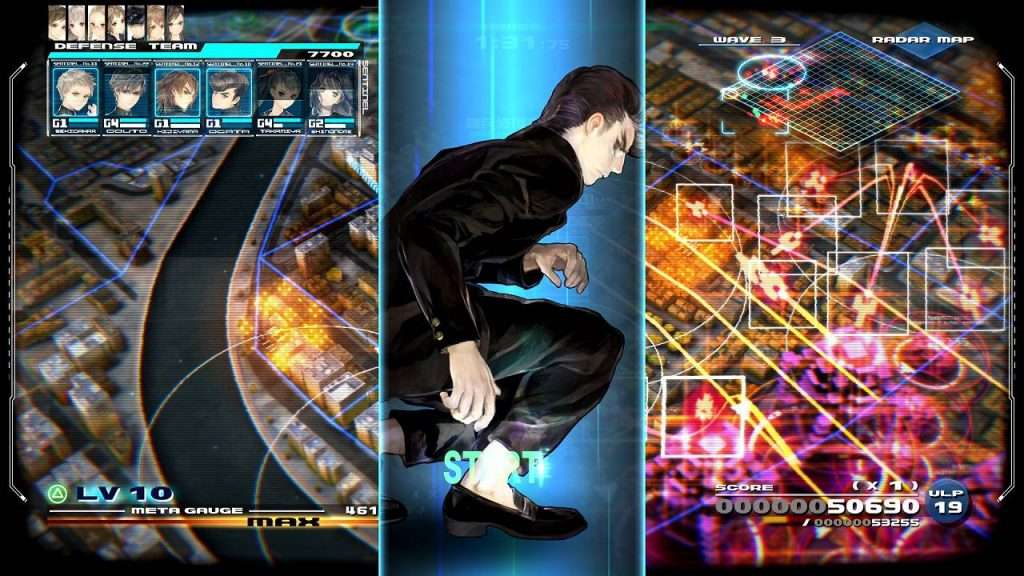 After a monster is killed, it takes a lot of time to repair. When damage has accumulated after receiving attacks from the monsters, repair the sentinels.

During repair, you will need to exit the sentinel and thus become vulnerable. Withdraw and wait for repairs in a safe place, then return to the frontlines. 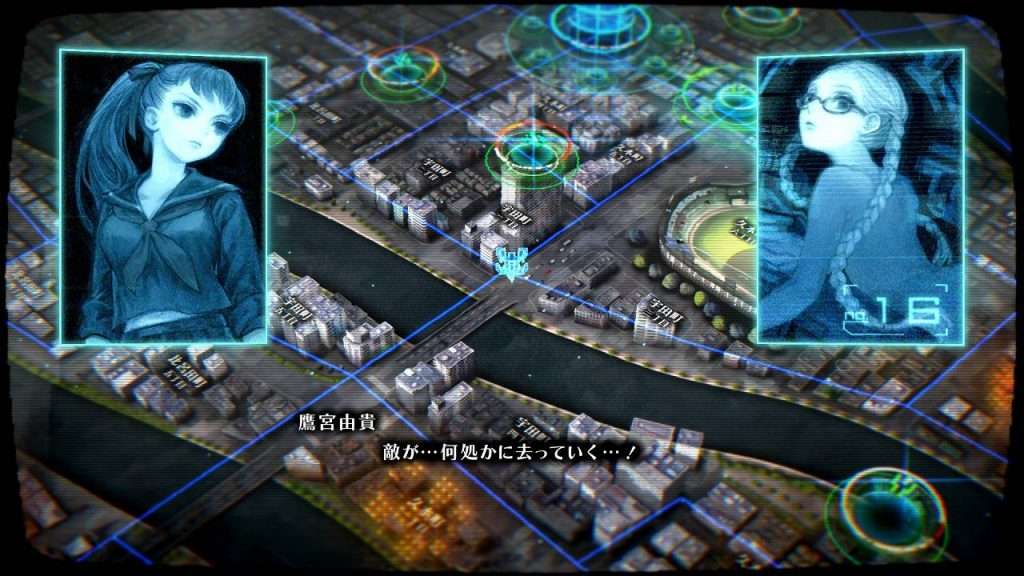 If you eliminate the monsters, the defense will be successful. Bonuses can be obtained based on your results in battle, and new mystery files can be obtained by completing the mission. Character attributes improve by leveling up.

Those who are not good at combat can play in casual mode. Have fun according to your preferred play style.

The universal type is controlled by Kurabe, Shinonome, and Fuyasaka. These are the second generation sentinels. 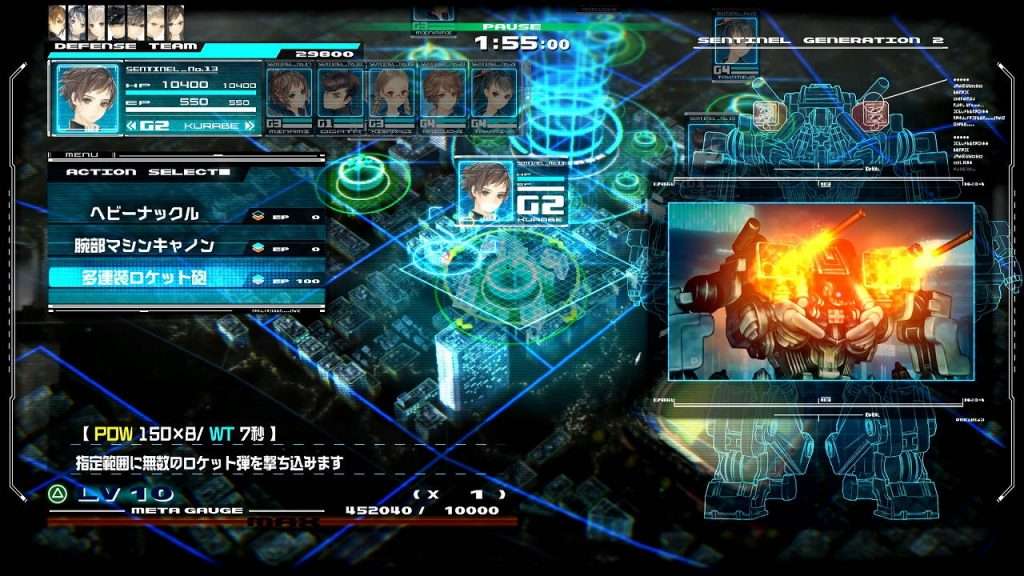 In addition to offensive weapons for close-range and medium distances, it also has auxiliary weapons. It has thick armor, weighing 2,200 tons. The three sentinels of this type are No. 13, No. 14, and No. 15.

The three pilots of these second generation sentinels are Juurou Kurabe, Ryouko Shinonome, and Iori Fuyasaka.