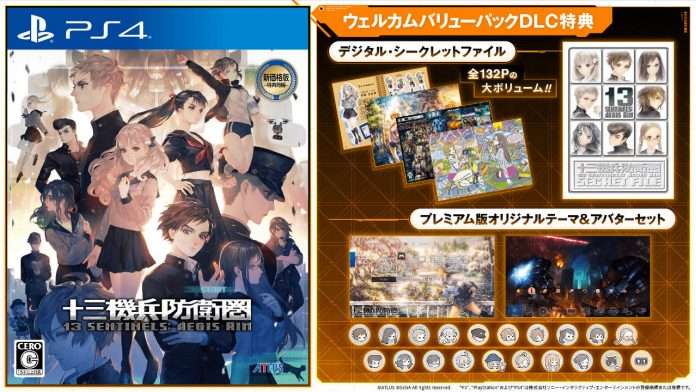 Atlus has announced that they will be releasing a “Welcome Value Pack” version of 13 Sentinels: Aegis Rim in Japan for the PlayStation 4 on August 4, 2022. This edition of the game will include previously released downloadable content.

Alongside this release will be a free update that will include the “Additional Weapons” and the “English Voice” content from the Nintendo Switch version of the game. 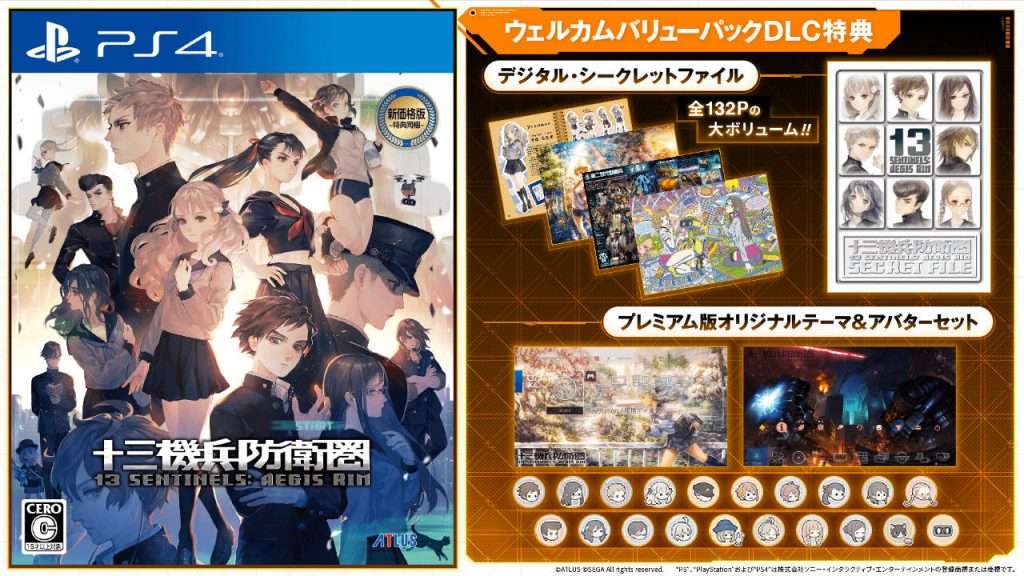 The PS4 version of 13 Sentinels: Aegis Rim will be re-released at a new price of 7,678 yen (tax included). Both the physical and digital versions will be an all-in-one package including the “Digital Secret File” DLC and a “Premium Version Original Theme & Avatar Set.”

The addition of 2 types of weapons (with 26 types in total) for each main character used in battle.

The addition of English voices to the game. Voice switching will be available between Japanese and English.