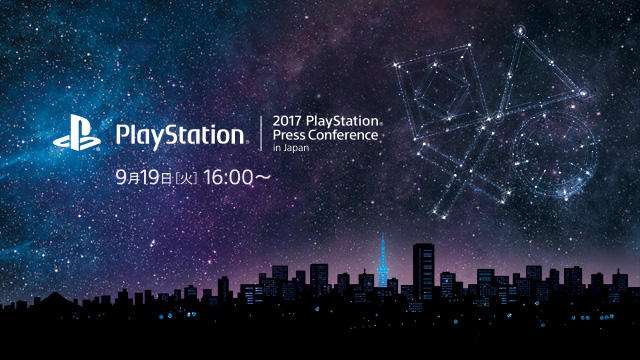 Sony Interactive Entertainment Japan Asia (SIEJA) has announced that they will be holding the “2017 PlayStation Press Conference in Japan” on September 19 (Tuesday) at 4:00 PM JST.

This is Sony’s yearly pre-Tokyo Game Show press conference, with a focus on the PlayStation business in Japan and sales strategy.

Last year, no Atlus related announcement was made at the conference. It featured a segment for the Persona 5 PlayStation 4 bundle, and the “RYO-Z&PES (RIP SLYME) + tofubeats” PS4 lineup promotional video featured Persona 5.

In 2015, the upcoming Vanillaware title 13 Sentinels: Aegis Rim was announced.

The YouTube live stream for the upcoming conference can be found embedded below: