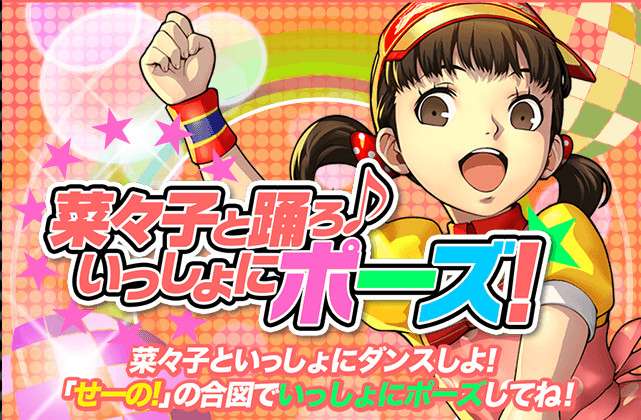 The mini-game involves Nanako Dojima’s dance choreography, and guessing the pose she will strike among 3 possible choices based on her dancing. If a player passes all three stages, they will be awarded with a special P4D themed wallpaper.