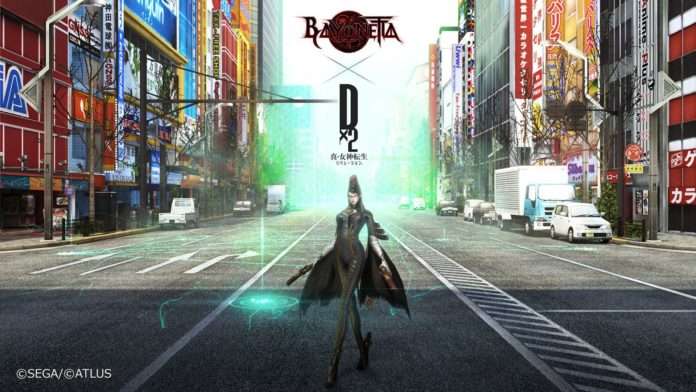 Following the news of a collaboration between the mobile game Shin Megami Tensei: Dx2 Liberation and the Bayonetta action game series, new details for it have surfaced.

A special website for the collaboration event has been opened, along with a pre-registration campaign that will unlock various bonuses based on the number of registrations. When the advance registrations exceed 20,000, Bayonetta will become available.

For the collaboration, the player will be able to summon the mysterious Umbra Witch Bayonetta, the other witch Jeanne, and a “Beloved” divine angel who stands in Bayonetta’s way.

Original illustrations of the characters will appear, all hand-drawn by Yūsuke Hashimoto, who serves as the producer and enemy/character designer for the Bayonetta series.

In commemoration of the pre-registration starting, a Twitter campaign will be held where items can be gained. When the engagement number achieves 5,000 during the time period (including Facebook “likes” for the overseas campaign), then all users will obtain an “Ultimate Summon File” for a 4-star or more demon which can always be summoned.

The campaign period will be from February 1 until the start of the actual Bayonetta collaboration.