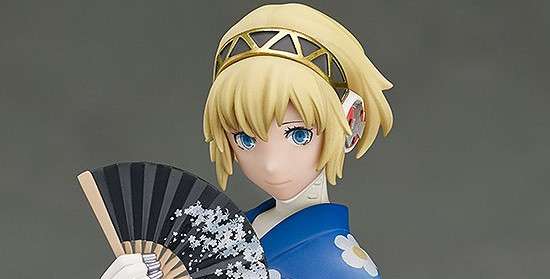 The “Aigis -Yukata version-” figure produced by FREEing, previously shown off at Wonder Festival 2016 Winter in February, has been given a release date of July 2016.

The MSRP for the Persona 3 Aigis PVC pre-painted figure is 10,800 yen, and it is listed for a placeholder July 31, 2016 release date on Amazon Japan.

Aigis, now equipped with a yukata!

From the popular RPG that was also made into an anime movie, “Persona 3” comes a figure of the female combat robot Aigis equipped with a yukata! The stylish design of the yukata brings out a lovely new charm for the young Aigis, while the mechanical details of her arms that can be seen poking out of the sleeves have been intricately sculpted to creating a figure that captures the unique blend of yukata together with robot for fans to enjoy!

Pre-orders for the figure are available on Amazon Japan, Yahoo Japan and AmiAmi.