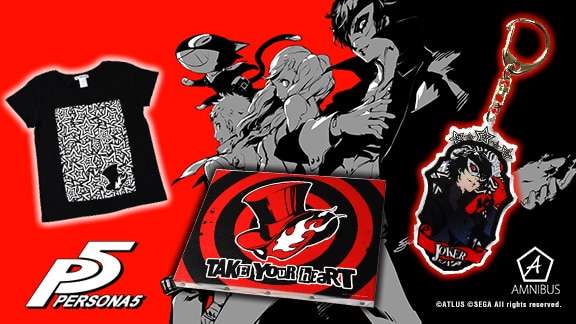 Online retailer AMNIBUS has announced a range of Persona 5 merchandise, including a t-shirt, acrylic canvas, and key holders.

A t-shirt designed featuring a pattern of stars and the Phantom Thief Group logo. With a monotone design, it is perfect for everyday use. 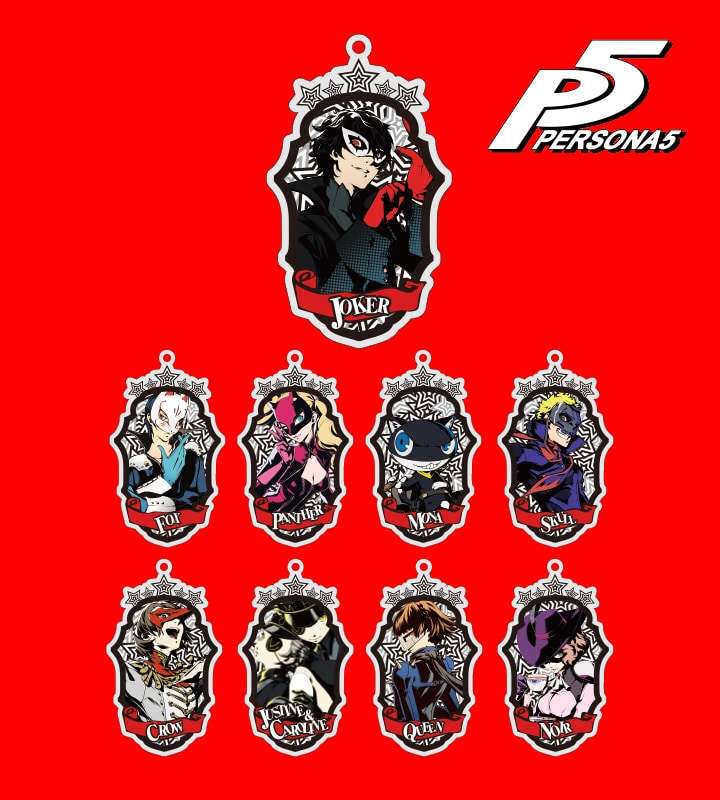 Acrylic key holders designed with the All Out Attack art from Persona 5, presented in an emblem style.