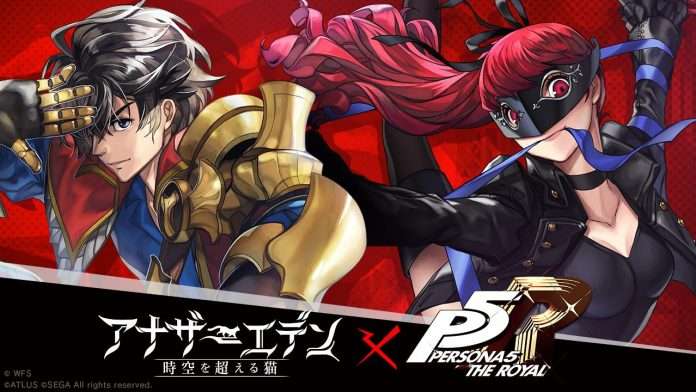 During the Another Eden Autumn Festival 2020 live stream, a new collaboration between Persona 5 Royal and the mobile RPG Another Eden: The Cat Beyond Time and Space has been announced to take place from October 29th in Japan.

Following the first collaboration which took place in December 2019, Part 2 will feature new characters Violet and Skull joining the party. Violet (Kasumi Yoshizawa) will become available by progressing through the symphony “Bound Wills and the Hollow Puppeteer: Promises, Vows, and Rings”. Skull (Ryuji Sakamoto) will become an ally by clearing new missions added to the “Mementos” dungeon.

Additionally, a new mission will be added to the “Mementos” dungeon in Another Eden, and players will be able to challenge the twin guards Justine and Caroline in new battle content. 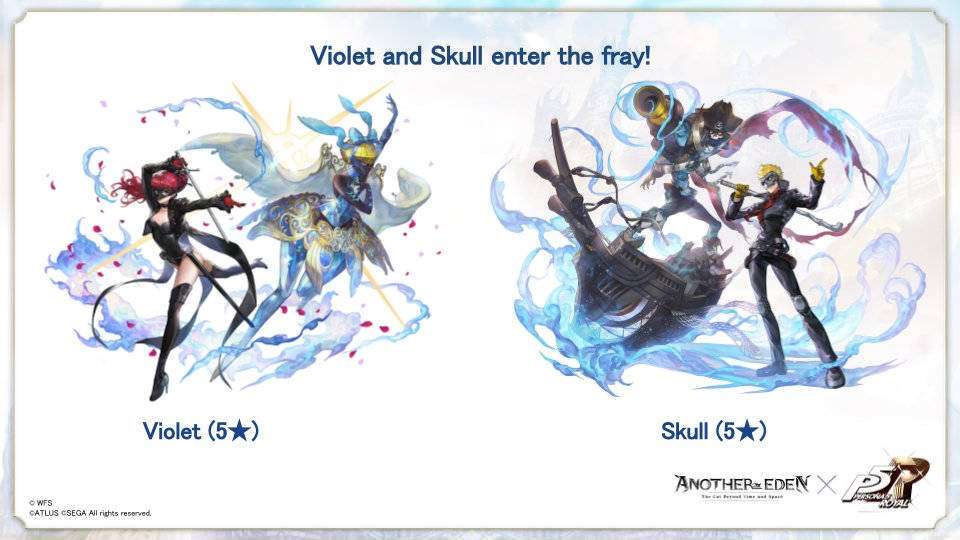 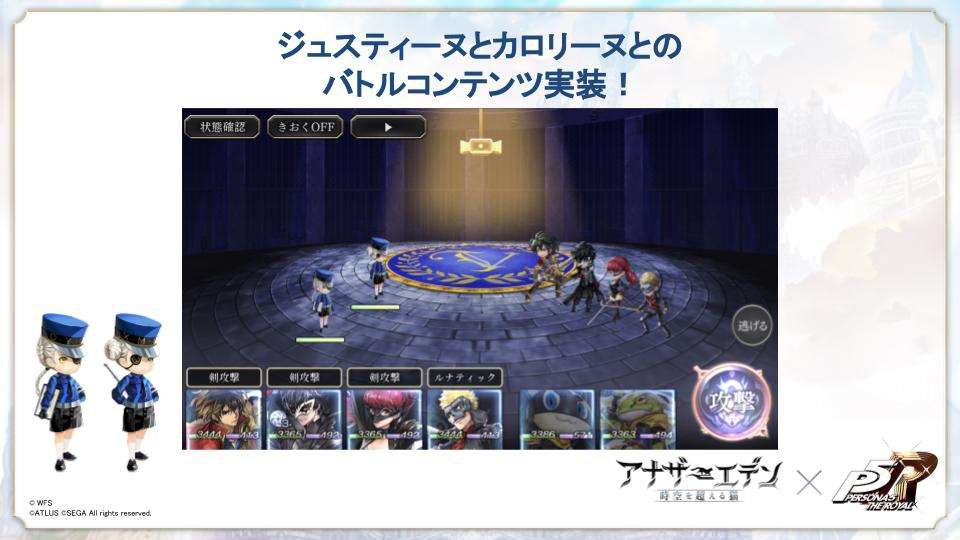 As with the first collaboration, players will be able to access this Persona 5 Royal themed content in Another Eden during any time, and not just for a limited period.

As with the first collaboration, it has been announced that the global version of the collaboration will be taking place in November 2020.

Persona 5 Royal collaboration Part 2 acrylic key chains (with a width of 8 mm) will be given to Japanese winners in a promotional Twitter campaign. 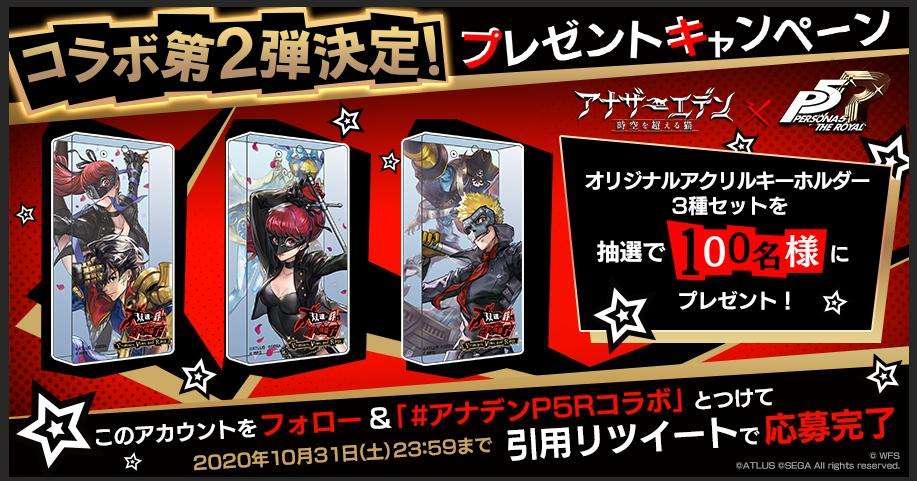