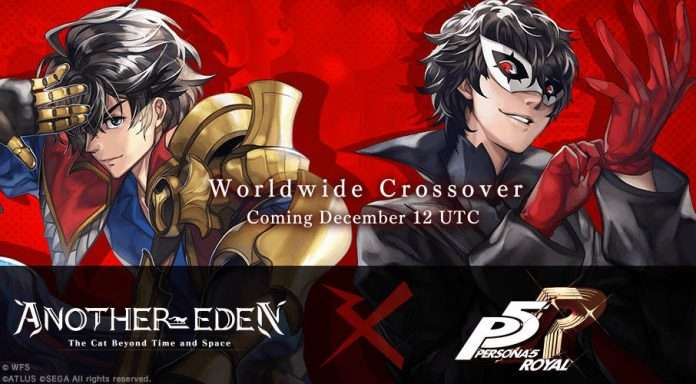 Following the announcement that the mobile RPG Another Eden: The Cat Beyond Time and Space would be holding a collaboration event with Persona 5 Royal last week, the launch date for the event has been set for December 12, 2019 globally.

Unlike similar collaborations, the Another Eden x Persona 5 Royal will be available to play with no end date, and participating characters Joker and Morgana will be free. The requirement to start it will be to clear “Main Story Chapter 13.”

The official English website for the collaboration has been launched.

It all started from a small wish made on a single flower.
The Phantom Thieves decided to follow that wishful voice
into the blue light.

Together with the time traveling adventurers, their destinies were
brought together.
Go beyond time and space, to a point where two souls who
should not have met, come together. The door to a new world opens.

Jeers of the puppeteer resonate throughout the darkness of the
shadow tainted sphere.