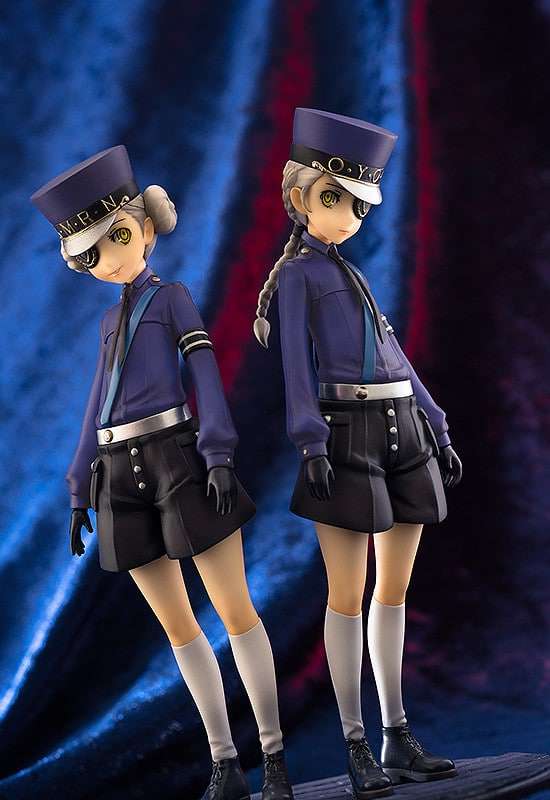 The twin wardens of the Velvet Room

From “Persona 5” come figures of Caroline & Justine, the twin wardens who watch over the main character in the Velvet Room prison. Caroline has her hair in buns with a slight smile across her face while Justine has her hair in a braided ponytail with a calm and composed look on her face.

While they are very similar, the small differences between them have been carefully captured in figure form. The color tones of their matching blue uniforms have been fine-tuned to capture the colors as faithfully as possible, and the base of the figure has been designed to capture the atmosphere of the Velvet Room. Be sure to add the mysterious twin sisters to your collection!