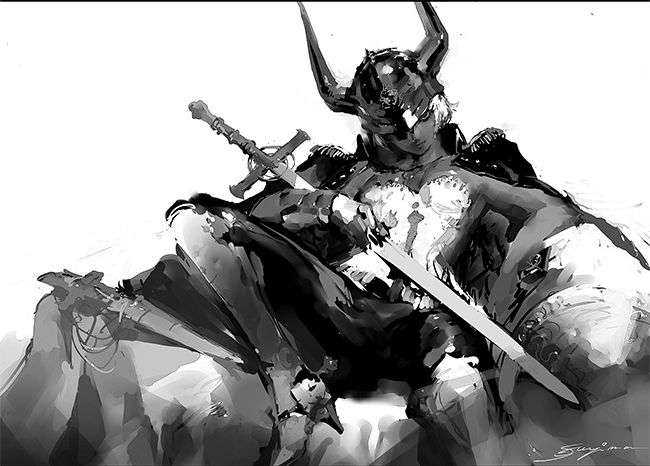 Update (2020-02-10): Atlus received a record number of respondents—far more than they expected—and the survey has been closed about three days early on February 10th at 15:00 JST instead of the originally planned February 12th at 23:59 JST. Atlus thanks those who participated.

Atlus has released their annual Japanese online consumer survey for 2020, with the usual objective of learning more about their customers and improving their game development as a result. This year will mark the sixth survey.

Every year, the survey contributes meaningfully to development at Atlus, especially with the “free description” section which regularly includes many passionate opinions from customers.

The survey duration is estimated to take approximately 35 minutes.

The questions from the survey can be seen below. For questions that I feel are especially interesting and should be highlighted, see Questions 12, 34, 38, 44, 45, and 47 (this one is for the Nintendo Switch ports). 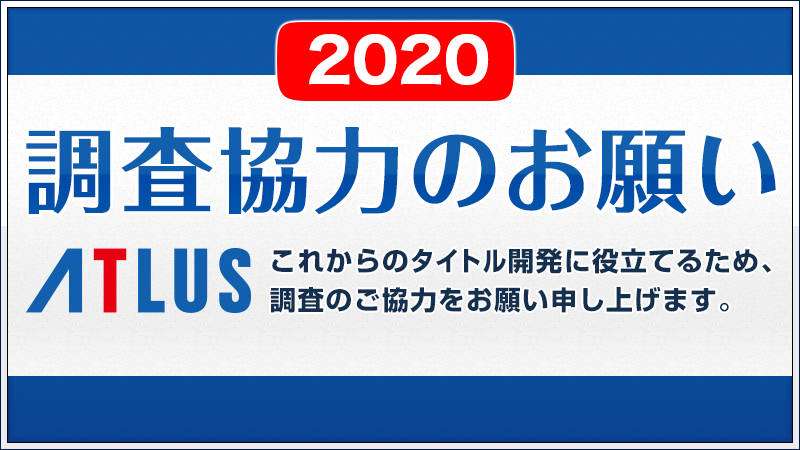 Q1: Please tell us about your profession.

Q2: Who are you currently living with?

Q3: Among the following platforms, which do you own?

Q4: Among the platforms you own, how often do you play them?

Q5: For the devices that you do not currently own (including those that will be released in the future), please select among the applicable options below:

4 possible answers for the devices that were not selected in Q3:

This option includes the PlayStation 5.

Q6: Please select among the options that apply regarding your display situation when playing on a stationary, home console (connected to a TV).

8 possible answers concerning the quality of the screen the person plays on, including a 4K TV, a 4K monitor, a less than HD monitor or a projector.

Q7: Among the dedicated home consoles you play the most (for TV screens, non-handhelds), why do you play on them?

Q8: Among smartphone gaming (iPhone, iPad, Android mobile apps), why do you play on them?

Q9: Among the following smartphone games (iPhone, iPad, Android mobile games), which ones do you know of?

Q10: Among the following smartphone games (iPhone, iPad, Android mobile games), which have you played?

For each game selected in the previous question, the options “I play it continuously, even now,” “I have played it before, but not now,” and “I have never played it.”

Q11: What are your favorite game genres when it comes to home consoles (stationary machines or portable machines)?

Interestingly, this question has not appeared in an Atlus annual consumer survey since the very first one in 2015.

Q13: Among the following games for home consoles (stationary and portables), which ones do you know of?

A list of 57 games, including Atlus games and such games as:

“Project Re Fantasy (TBD)” is listed once again.

Q14: Among the following home console games (stationary and portables), which have you purchased?

Among the games selected in Q13, there are 4 possible choices:

Q15: Among the following unreleased home console games (stationary and portables), which are you planning to purchase?

Among the unreleased games selected in Q13, there are 3 possible choices:

Q16: How much free time do you usually have per day?

Q17: From devices answered “I own” in a previous question: On average, how much time do you spend on these devices during weekdays?

Q18: From devices answered “I own” in a previous question: On average, how much time do you spend on these devices during weekends and holidays?

Q19: Which media do you usually obtain game information from? Please choose all that apply.

Q20: How much do you use a PC or a smartphone when gathering game information on the internet?

3 possible answers for both the PC and the smartphone: “Often,” “Occasionally,” “Not at all.”

Q21: For those who obtain game information on Twitter, how do you do so?

Q22: Do you ever write criticisms for games you play on online media? Please select the following that applies.

Q23: Do you recommend games to friends on social media? Please choose all that apply.

65 options including a variety of Japanese let’s players and Virtual YouTubers.

Q25: From the answers in the previous question for “Virtual YouTubers” and “Let’s Players” you’ve watched, have you ever purchased a game or downloaded a smartphone app game after watching their video?

Q26: How much money on average are you free to use per month?

Q27: Among the money you are free to use, how much on average do you use for smartphone games in a month?

Q28: For console games (stationary and portable), have you reserved games before purchase? If you have reserved a and purchased, please select all that apply.

14 options with reasons influencing one’s decision to pre-order from watching trailers to social media, with a 15th option of “I have never pre-ordered before.”

Q29: Have you ever played the “Persona” series? If you have, choose the first game in the series you played.

21 options, listing every single Persona console game released from Revelations: Persona for the PlayStation and Windows in September 1996 to Persona 5 Royal for the PS4 in October 2019 (with the 21st option being “never played the Persona series”).

Q30: Have you ever played the “Etrian Odyssey” series? If you have, choose the first game in the series you played.

Q31: Have you ever played the “Shin Megami Tensei” series? If you have, choose the first game in the series you played.

6 options, listing the Atlus and Vanillaware collaborated games from Dragon’s Crown for the PS3 and PS Vita in July 2013 to 13 Sentinels: Aegis Rim for the PS4 in November 2019 (with the 6th option being “never played Atlus x Vanillaware”).

For the following questions, media for games that can be played on home consoles (stationary and portables) will be shown. Please answer each question after seeing them carefully.

Each of these questions have the following possible answers:

Q34: Please take a look at the game visuals and select what you feel.

Project Re Fantasy was not included in the 2019 survey, however it was in the 2018 survey.

Q35: Please take a look at the game visuals and select what you feel.

Q36: Please take a look at the game visuals and select what you feel. 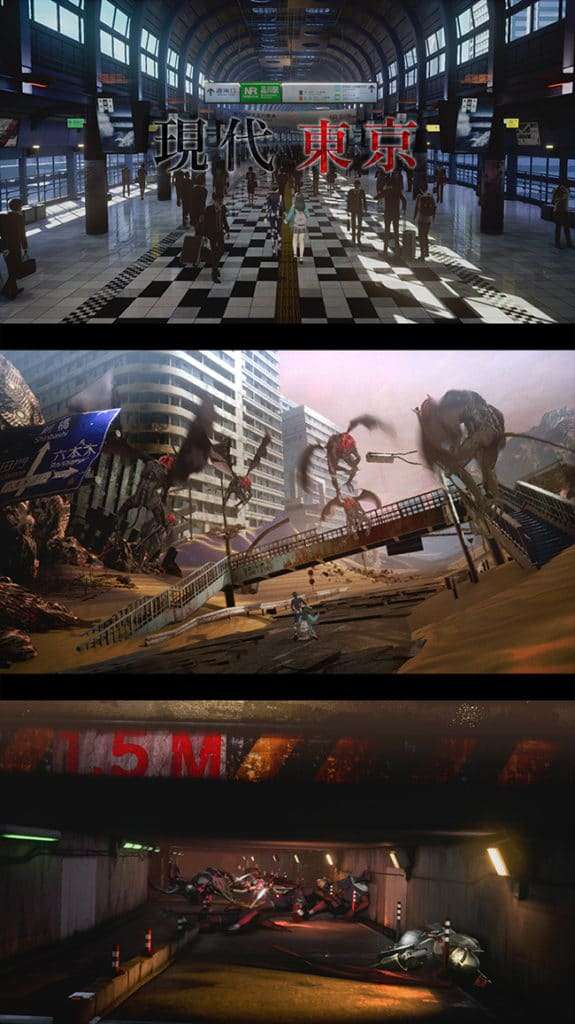 Q37: Please select all that apply among the following regarding “Atlus-likeness.”

Q38: The above is a lineup of titles that Atlus plans to release in the future. After reviwing them, please select one of the applicable ratings for the future of the Atlus brand.

The 3 games listed are the images in questions 34, 35, and 36, representing Persona 5 Scramble: The Phantom Strikers, Project Re Fantasy, and Shin Megami Tensei V in that order.

The 4 possible ratings are:

Q39: What are your impressions on the possible following initiatives Atlus would take in its future?

Q41: When the following game sequel (numbered title) is released, which would you want to play for which devices?

Q43: The following “Persona” series titles have had collaborations with mobile games. Did you know of them? Please select what applies.

Q44: If the following “Persona” series titles were released, would you think “I want to play this”? If that’s what you would think, please answer for which devices.

Q45: If a full remake of past Atlus titles was made (adding additional elements to the existing title and brushing it up), would you think “I want to play this?” If that’s what you would think, please answer for which devices.

Q46: If a full remake of a past game (a game improving the quality by adding additional elements to an existing title) was released, what would be the most important to you? Please select all that apply.

Q47: If previous Atlus games (games which can be played on other hardware, without adding additional elements) were ported to the Nintendo Switch, would you want to play them? Select all of the titles below that you would like to play on the Nintendo Switch.

Q48: If you have a request for Atlus, please write it down.