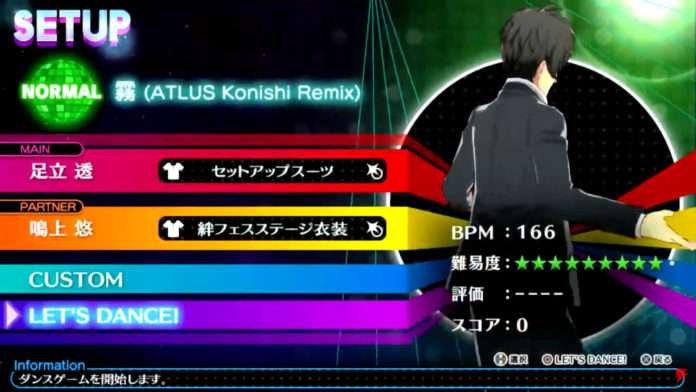 Two weeks ago, Atlus announced that, as a result of the Persona 4: Dancing All Night online contest to celebrate the game’s launch, the “fog (ATLUS Konishi Remix)” DLC song with Tohru Adachi as the dancer would be discounted from August 6 to August 16, from 900 yen to 600 yen.

Unfortunately, the dates were mistaken and “August 16” was meant to be “August 12,” so the Adachi DLC is no longer discounted and now costs 900 yen. Atlus apologizes for this.

To make up for it, there will be another discount period for the song which will return the price to 600 yen, from August 27 to September 2. Atlus asks for people who missed out on the first discount period to be patient until then.