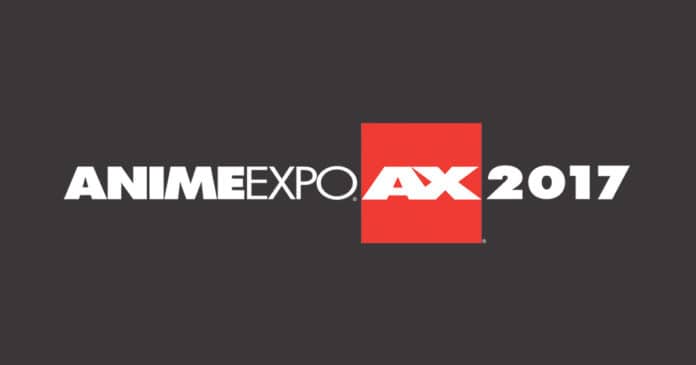 Atlus USA will be attending the anime and manga convention Anime Expo 2017, which lasts from July 1 to July 4, 2017. Along with selling merchandise, they will be hosting a panel featuring voice actors from Persona 5, which will also be live streamed via Twitch at 7:00 PM PDT on July 1, 2017.

Irvine, Calif. – June 30, 2017 – Anime Expo 2017 attendees who long for more Persona 5 will have a rare opportunity this Saturday – a live panel with the voice cast from the game! Experience the chemistry and camaraderie that helped make this one of the best games of 2017 with behind-the-scenes info, entertaining skits and goodies for those in attendance. The panel will also be livestreamed on Anime Expo’s Twitch channel.

“Some of our biggest fans attend Anime Expo to experience the latest ATLUS has to offer and our presence this year is sure to delight. By hosting a packed panel with voice actors from Persona 5and providing a spot for fans to get some of the most sought-after Persona 5 products, there will be plenty for attendees to take away from this year’s show,” said Naoto Hiraoka, President and CEO of Atlus U.S.A., Inc.

Returning to Anime Expo, ATLUS will be selling your favorite merch. From plushes that you can use to re-enact your favorite scenes while waiting for our panel, to T-shirts that just might awaken your own persona, stop by South Hall #3906 (while supplies last) for swag with your favorite characters from Persona 5 and more, including: 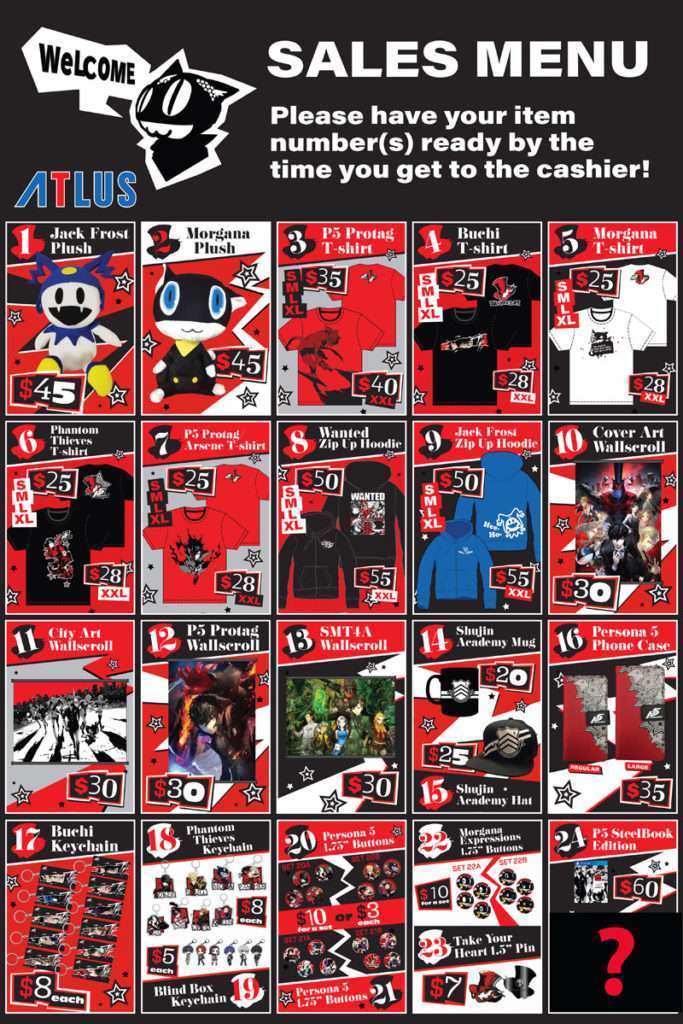