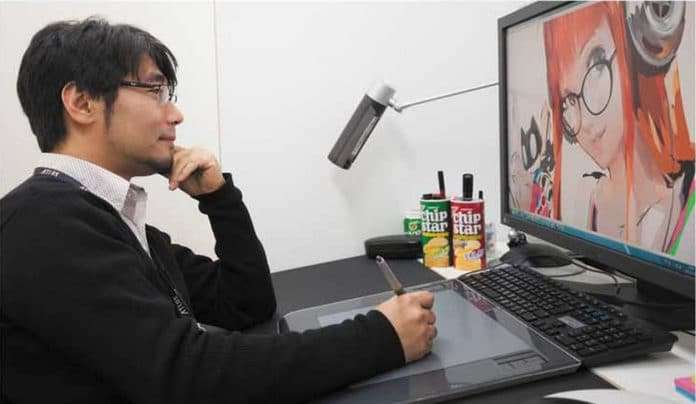 The first Soejima Artworks collection was released in December 2011, including illustrations from 2004 to 2010.

The 2010-2017 collection includes two lengthy interviews: one featuring P-Studio’s “Art Unit,” and the other exclusively featuring Soejima. This post will focus on the latter, originally conducted on January 24, 2018.

The previous post for the lengthy P-Studio Art Unit interview can be read here.

It’s been seven years since the last publication, and you and your environment must have seen large changes in that time. We are here to talk about these changes. Thank you for this opportunity.

Soejima: Thank you for having me.

We’re actually going to start by going through each title, discussing the concept behind the artwork, your commentary on the work, and relevant anecdotes, just as we did for your first book. Let’s begin with Catherine.

Soejima: Almost all of the illustrations in Catherine involve 3D models.

So you use the 3D models as references when you draw?

Soejima: Not exactly. I take the rendered 3D image and focus drawing on parts that were lacking or that I wanted to emphasize more. Using the Catherine with Pizza illustration as an example, I worked on Catherine’s cleavage and hair.

Since you said “most”, were there any 2D illustrations?

Soejima: The jacket for the Catherine Sound Disk and Artbook was drawn without 3D models, as well as various limited-edition products. Everything else was in 3D. None of the character illustrations that I drew by hand actually appear in the game.

Soejima: We’d already decided to develop Persona 5 (henceforth written as P5) at the time and wondered how the game would look if we exclusively used 3D models for its characters. But from a practical standpoint, we didn’t know how much it would cost with regards to labor and development time. Thus, we would have to construct at least one game that’s entirely 3D, except for animated scenes. And that game was Catherine.

Which was more difficult: implementing 2D elements or creating a completely 3D game?

Soejima: The latter took considerably more effort. With 2D, you can use the characters’ portrait sprites to make caricatures during scenes, while 3D requires that we put all the acting on characters themselves. We had to make models of each of their expressions.

That’s why you wanted to try making it once.

Soejima: After that achievement, we felt like we could pave our way to better 3D modeling. By using 3D to create our cutscenes and puzzle gameplay until we were satisfied with the quality, we believed we could adapt this method for future titles.

And were you happy with the results?

Soejima: It still took a lot of effort, even though Catherine had more compact cutscenes compared to RPGs. The Persona series is a story-heavy RPG, so we concluded that we’d never have enough time to construct its numerous cutscenes entirely with 3D. However, given all our games all the way up until Persona 4 (henceforth P4), we needed ideas and techniques to present characters without using caricatured models. I believe constructing Catherine entirely in 3D was the right choice.

How would you describe the concepts behind Catherine’s art?

That’s a shock, given the pizza artwork. (laughs)

Soejima: That one definitely brings back memories. Hashino-san (Katsura Hashino, director and producer at Altus) personally asked me to draw cheese over that part of the body. I asked if he was serious. (laughs) I think I had to re-confirm every single request of that kind that I received. In hindsight, it was nothing to get worked up about, but since it was my first time drawing cleavage—really drawing it—perhaps I needed the courage to do so.

Would you say you’re not good at drawing sexy art?

Soejima: I suppose it’s not my forte. But Catherine is sexy and stylish, so I was more than happy to revise accordingly during the game’s final stages of development. It would’ve been far more challenging for me if the game was strictly about using sex and erotica to fulfill desires.

But there have been challenges?

Soejima: In drawing the “sensual” bits, yes. I mostly draw smart and slender characters, so Hashino-san suggested that I make the women’s thighs plumper. (laughs) 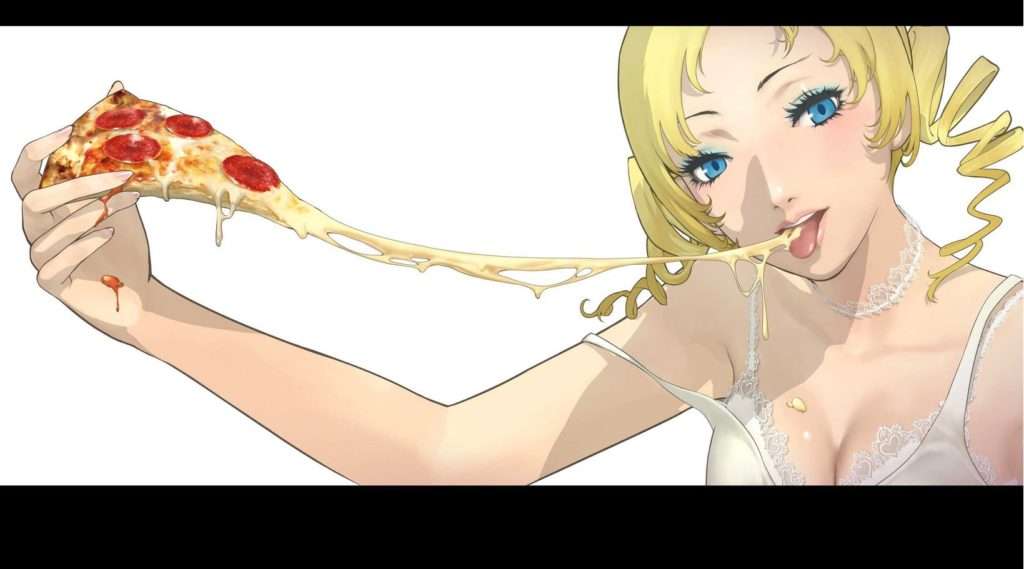