Soejima: The first promotional image is definitely memorable for me. At first, I drew the piece more realistically, making the Protagonist more maniacal. However, that would make the whole game seem maniacal, and the players would think, “This would be a highly self-aware game with difficult themes” or “It’s a game about choosing humanity, right?” or even, “This is not the game we assumed it would be, we’ll just admire it from a distance”.

That first illustration alone would invite several opinions. We wanted a game that multitudes of players could enjoy, so I replaced the realistic feel of the piece with a manga-like one. I kept this in mind with the P5-related artwork that followed the promotional image, as well.

Indeed, one must be very careful with the first promotional artwork. Are there other pieces that strike you as memorable?

Soejima: The cover for Dengeki PlayStation. It was a busy time, with work piling up, so I drew it alongside Oribe-san, Kabayashi-san, and Shimada-san. I drew the rough sketch but the other staff made most of the alterations and finishing touches. As for what I’d actually drawn for it…

What could it be…? The background?

Soejima: No, the background was drawn by a staff member who specializes in backgrounds. But I drew the transparent people you see in that background.

You drew them? They look like the villains in a visual novel! (laughs)

Soejima: I did. (laughs) On the other hand, I drew the cover for Maniax by myself, but I gave Makoto a different expression than what I usually draw for her. I was requested to make “a new drawing in my own style”, and given the phrasing, I had to ask myself, “So it has to look authentic?”

So it had to match the “official” Soejima-san style that’d been shown so far?

Soejima: It’s actually the exact opposite. When collaborating with others, when you’re told to “draw Makoto like this”, it’s a rule that should be followed, and deviations are to be avoided. But if you’re asked to draw in your own style, you’re allowed to ignore these hard rules and draw faces in a different way than usual.

In fact, doing that makes the piece look more like it was a specified request. These lines of thought gave me the permission to draw more freely. Though Oribe-san and Kabayashi-san immediately saw it and pointed out, “Hey, Makoto looks different here!” (laughs) 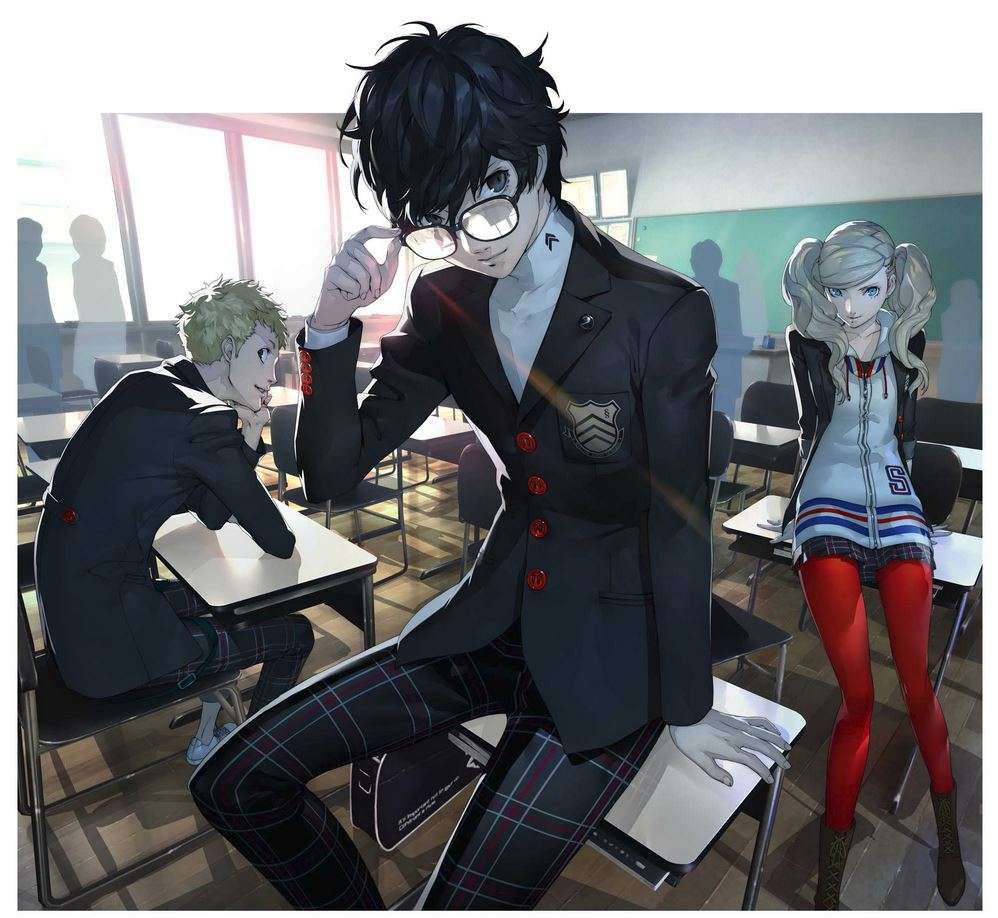