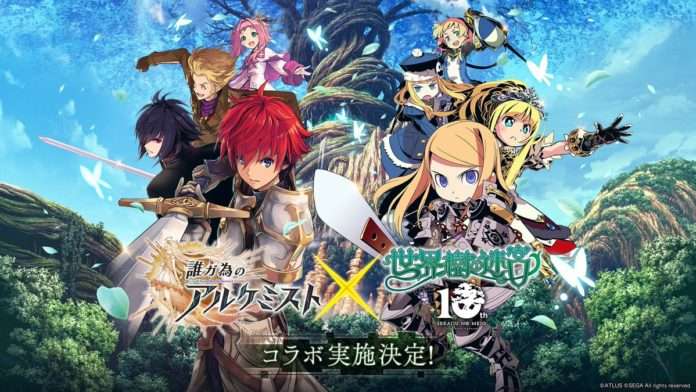 Atlus has announced that the second collaboration they will have with the mobile game Tagatame, or For Whom the Alchemist Exists, will feature Etrian Odyssey.

The first in a series of collaborations with the mobile game was Radiant Historia: Perfect Chronology, which started in June. 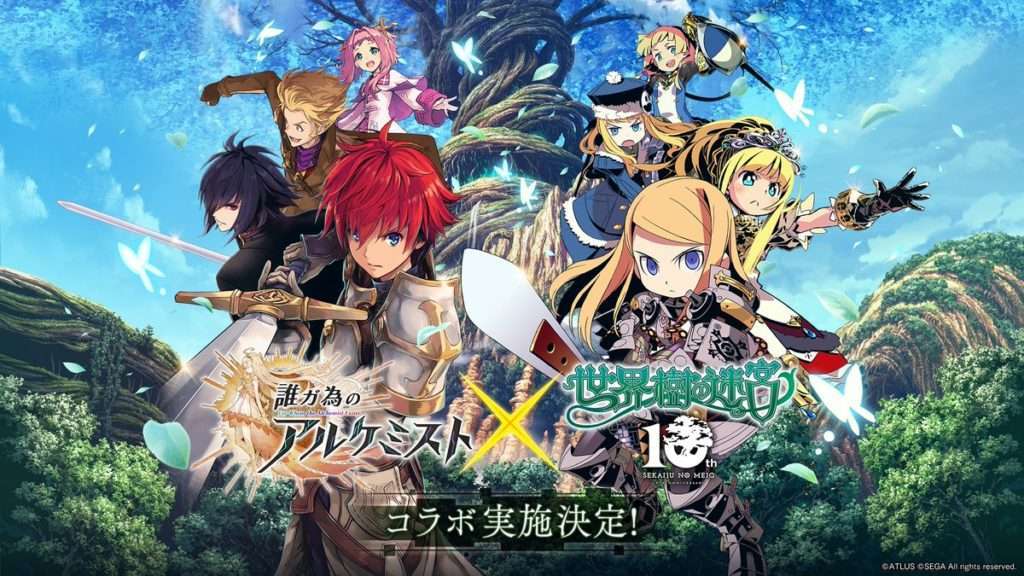 Beginning on August 24, 2017 at 3:00 PM JST and ending on September 14th, the “For Whom the Alchemist Exists” X “Etrian Odyssey” collaboration—the latter of which celebrates its 10th anniversary this year—will feature units from the dungeon crawler series in the mobile game, including a return of the previously held Etrian Odyssey V collaboration with Tagatame.

The previously released Etrian Odyssey V units of the Fencer, Reaper, and Shaman will return to the game.

The special EOV job collaboration unit of “Dragoon – Chloe” will make a return, in addition to a whole new special job unit which will be announced at a later date.

Multiple environments and event quests related to the Etrian Odyssey series will make an appearance. Defeating unique monsters will earn the player items unique to this collaboration.