Famitsu has published an article celebrating the new year with 44 game developers who contributed New Year’s 2021 greeting cards alongside messages of commemoration.

One of the companies who contributed their 2021 greeting is Atlus. Their message to go alongside the card teases development and plans for the upcoming year. 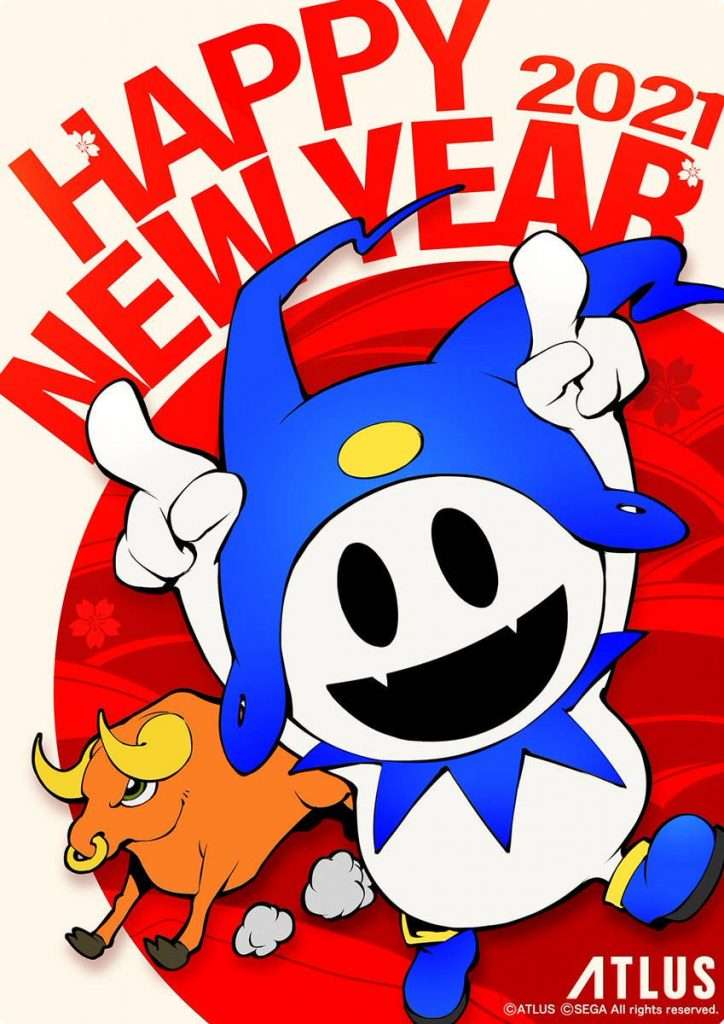 We would like to take this opportunity to thank you for your support and patronage of our 2020 releases: Tokyo Mirage Sessions #FE Encore, Persona 5 Strikers, Catherine: Full Body for Nintendo Switch, and Shin Megami Tensei III: Nocturne HD Remaster. Thank you very much for your support. Additionally, 13 Sentinels: Aegis Rim has received high praise and numerous awards, and has sold over 300,000 copies in the first year since its release.

In addition to Shin Megami Tensei V and Project Re Fantasy (tentative title), which are still under active development, we are also planning a commemorative project for “Persona’s 25th Anniversary” in 2021. Please look forward to it!

Persona series producer and director Kazuhisa Wada has been teasing major plans for the series’ 25th anniversary in 2021 since December 2019. He recently reinforced that message during the PlayStation Awards 2020 Japan Asia ceremony.

Studio Zero director Katsura Hashino has recently stated that the development for Project Re Fantasy, Atlus’ brand new fantasy RPG IP, is at a critical phase. He wishes to show their work to fans as soon as possible.