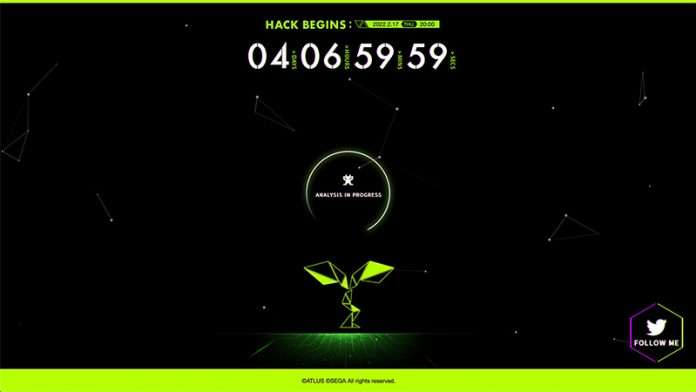 Aion has predicted the end of the human race.
The sequence to avoid annihilation begins today at 20:00.
Please observe and cooperate.

Devil Summoner: Soul Hackers is the second game in the Devil Summoner series, originally released in Japan for the Sega Saturn in November 1997. Featuring a cyberpunk setting within the Megami Tensei context, the game was released in English for the first time with the Nintendo 3DS remake in April 2013.

While what this is teasing is currently unknown, a “full remake of Devil Summoner: Soul Hackers” was one of the options in the annual Atlus consumer surveys. It is likely this title is one of the game’s Atlus previously teased for a 2022 announcement.