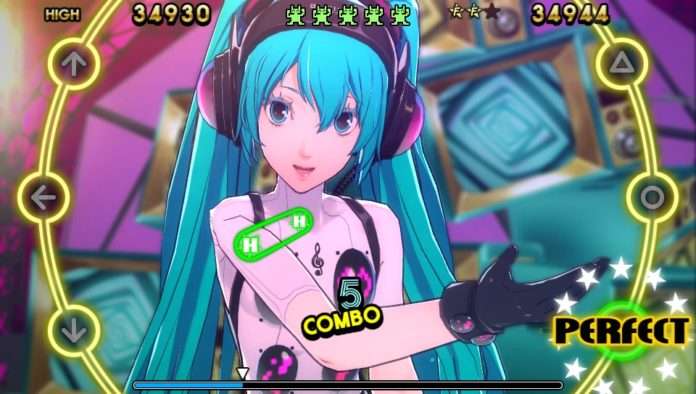 Following the news that the North American version of Persona 4: Dancing All Night would be receiving Hatsune Miku as a DLC character, Atlus USA has released her character trailer with English subtitles.

*Her costume is set to the “Soejima Design”. Note that this track will be a solo dance only. (Colored contacts and colored wigs specifically for Miku will be added to the in-game SHOPPING menu).

The Vocaloid Hatsune Miku is the final character to be released for Persona 4: Dancing All Night, featured alongside the song “Heaven feat. Hatsune Miku (ATOLS Remix).” She has been released today on October 20th for $4.99 USD.

Persona 4: Dancing All Night released in Japan on June 25. The PlayStation Vita exclusive rhythm game released in North American on September 29, and a European release has been announced for November 6, 2015.