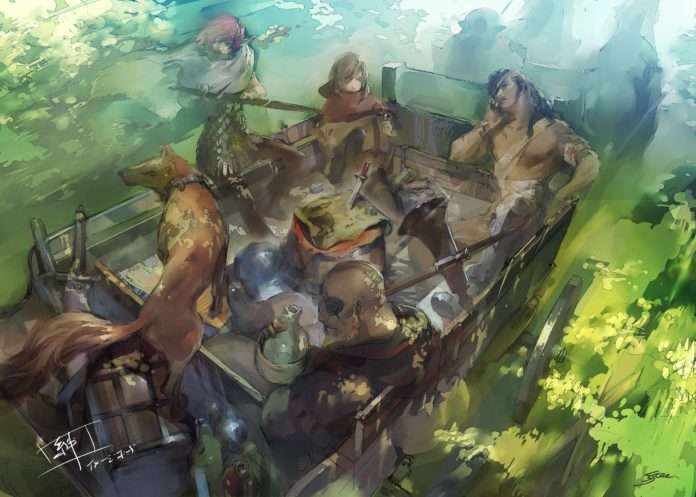 Following the announcement of Atlus’ new internal studio, Studio Zero, and the game they are developing, Project Re Fantasy: A Fool’s Journey Begins, Atlus USA has issued an official press release regarding the recent news.

IRVINE, Calif. — Dec. 23, 2016 — ATLUS, the developers behind the award-winning Shin Megami Tensei and Persona series, and Katsura Hashino – director of ATLUS titles including Persona 5, Catherine, Shin Megami Tensei III: Nocturne, and others – are launching a new internal studio called Studio Zero. Within the studio’s new logo is a story in and of itself: The number 0 is the “Fool” arcana for tarot cards – the void from which all other things begin – and punctuated with the imagery of a young child on a journey.

For the game itself, though not much information is available as it is in the earliest of stages of development. But a few things are apparent from the outset – it will be a complete departure from the SMT and Persona series, and a return to the roots of where the Japanese games industry began with fantasy role-playing games. However, as ATLUS has always challenged the prevailing styles of RPG design, it is at the core of Studio Zero’s mission to do this again, imbuing the traditional fantasy RPG with a distinctively ATLUS flavor. Hashino is tapped to be the game’s director, along with other legendary ATLUS names. Along on the journey will be Shigenori Soejima from the ATLUS Artwork Team, responsible for creating the character art of the denizens of this new fantasy world, and Shoji Meguro from the ATLUS Sound Team, who will breathe life and depth into the new world as music composer.

“We take seriously this goal of creating a game with the care and detail expected by the people who love ATLUS games and home console games,” said Hashino. “We haven’t determined yet what platform our new game will be, and I imagine this project will take a long time until completion. But we’ll be working hard at this challenge to truly deliver something new and incredible for all our fans.”

While Hashino is focusing entirely on building Studio Zero from the ground up, Soejima and Meguro will maintain their responsibilities to the Persona series. Likewise, P-Studio, the production team in charge of Persona, will continue to operate at full strength to develop new entries to fulfill demand for the series. As the startup, Studio Zero will be a driving source of innovation for all ATLUS development. Keep an eye out on the official website, rpg.jp for additional updates.