Like they have done with previous titles such as Persona 4 Arena Ultimax and Persona 4: Dancing All Night, Atlus has issued a spoiler warning for Persona 5. 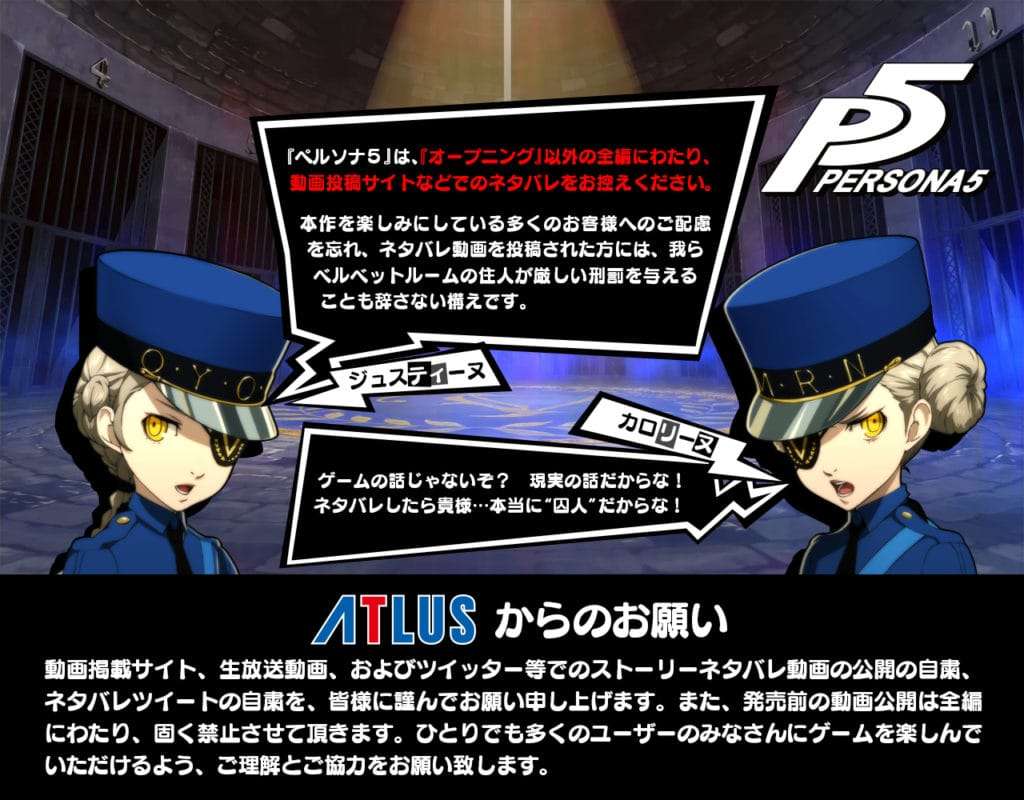 For Persona 5, please refrain from posting footage on video sharing websites past the game’s opening.

Many customers are looking forward to the game, and the Velvet Room residents will not hesitate to severely punish those who post spoiler videos.

It’s not a story from the game? That’s because it’s a story in real life!

If you post spoilers… you really are a “prisoner”!

For Persona 5, exercise self-restraint when it comes to sharing story spoilers on video sharing websites, live streaming sites, and social media like Twitter. Be respectful to everyone, thank you.

Additionally, any video published before the game’s launch will be firmly removed in its entirety.

So that many user may enjoy the game, thank you for your understanding and cooperation.