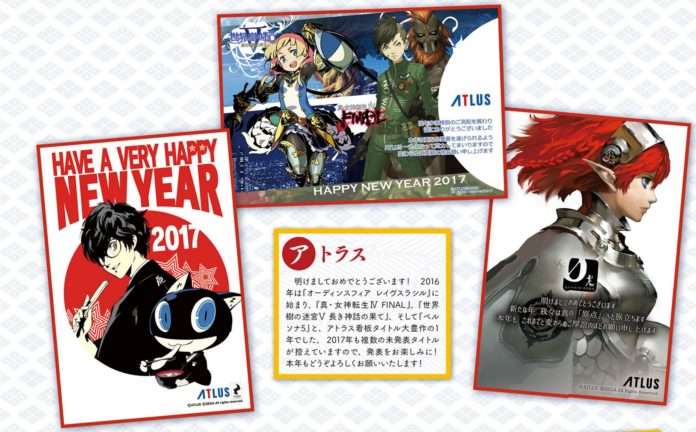 This week’s issue of Weekly Famitsu magazine #1466 features New Year’s cards and aspirations of 46 Japanese developers for 2017, including Atlus. 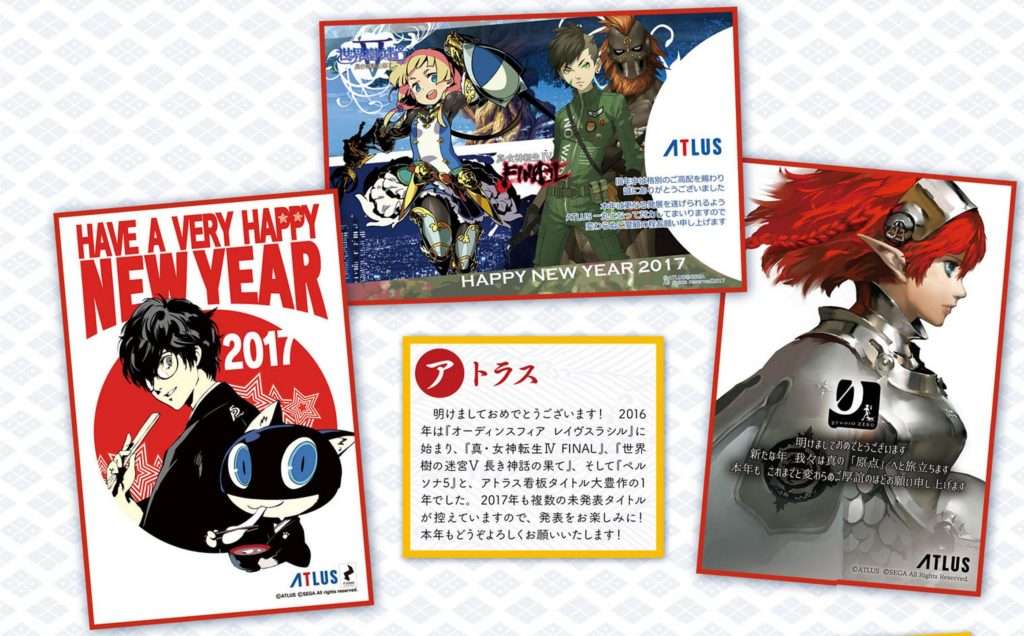 As reported earlier with a Famitsu leak, Atlus’ full statement for the next year is the following:

Happy new year! 2016 had”Odin Sphere Leifthrasir,” “Shin Megami Tensei IV: Apocalypse,” “Etrian Odyssey V: The End of the Long Myth,” and “Persona 5.” A bumper year for Atlus’ signature titles. In 2017, we have several unannounced titles waiting, so please look forward to their announcement! Thank you and have a Happy New Year! 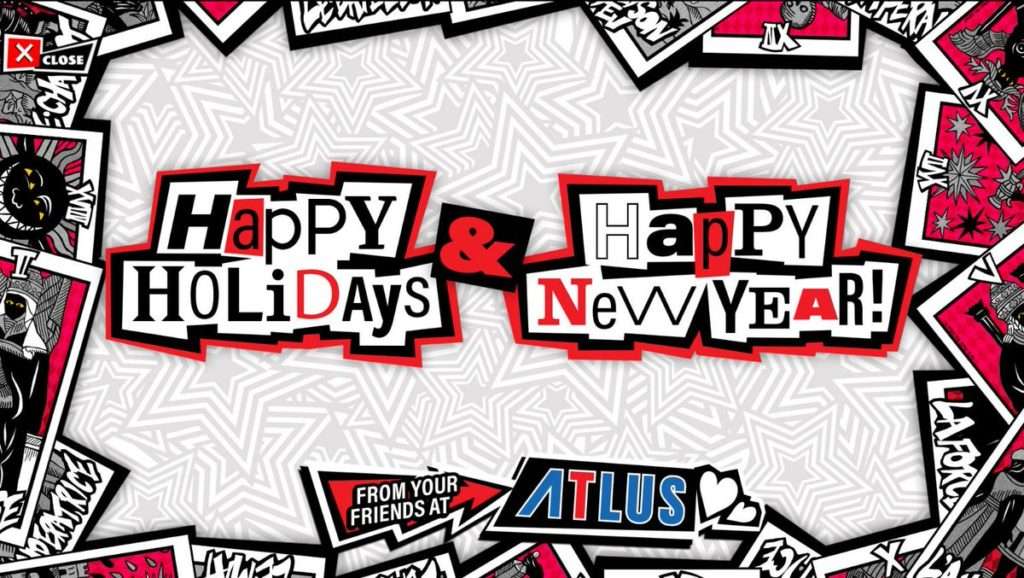 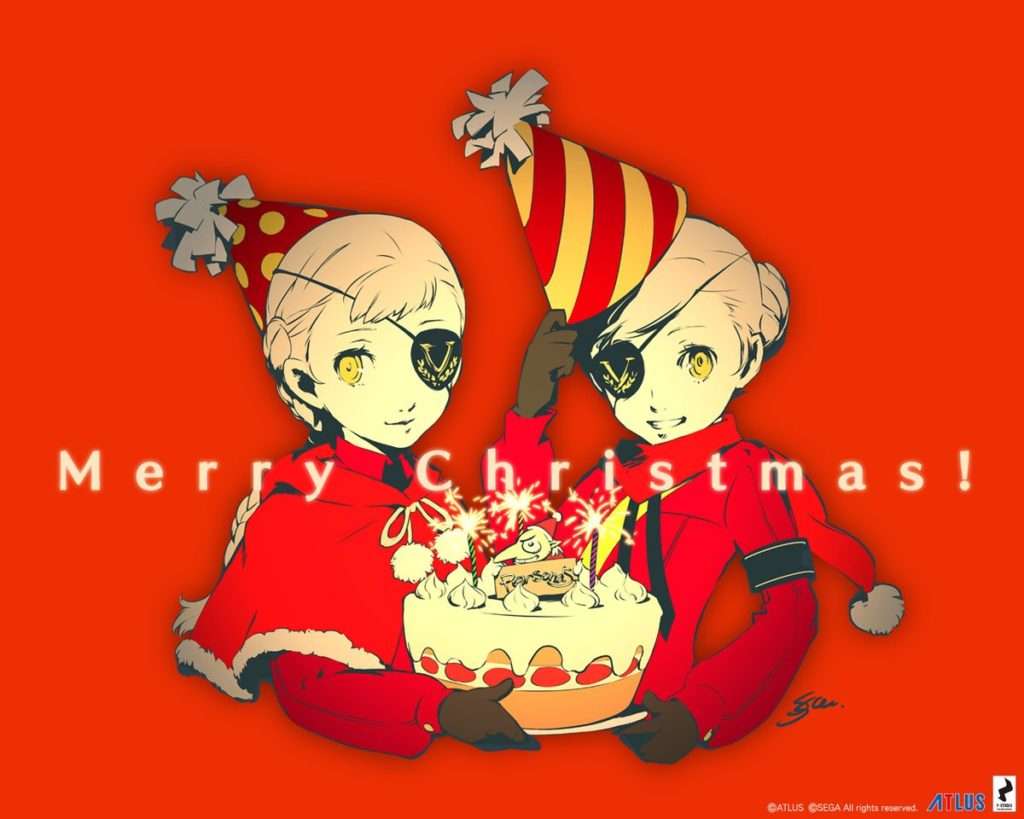