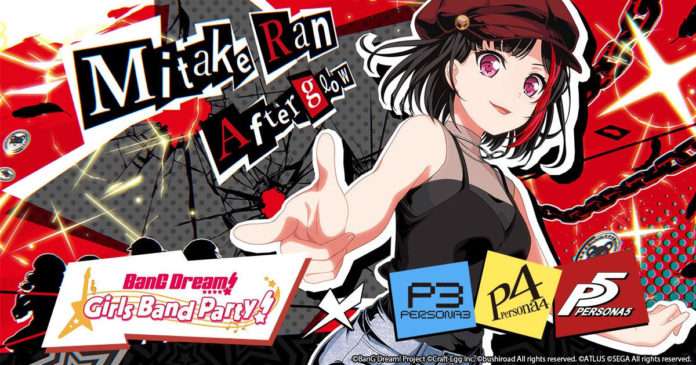 Last year, a Persona series collaboration took place in the Japanese version of the mobile rhythm game BanG Dream! Girls Band Party! on July 20th. The collaboration consisted of Persona 5 inspired character art for members of the fictional band “Afterglow,” as well as remixed music from the series.

Now, the official English Twitter account for “BanG Dream! GBP” has announced that the collaboration will be releasing for the English version of the game on February 17, 2019.

The collaboration music consisted of the following: