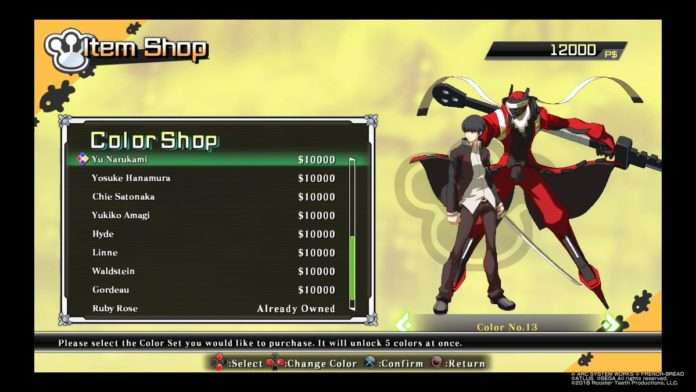 The beta for the game includes an “Item Shop” where various customization options are available for purchase using in-game currency. One of these options involves alternate colors for the playable characters, and the colors for the Persona 4 Arena cast are references to Persona 5.

The beta includes four playable characters from P4A, and the references to Persona 5 are the following:

The additional members of the P4A cast, which will be sold as DLC characters, are Kanji Tatsumi, Aigis, and Naoto Shirogane.

The PS4 open beta for the game will be open to those who did not pre-order the game on May 12th. Nintendo Switch open beta details were revealed earlier today, starting on May 10th for all users.