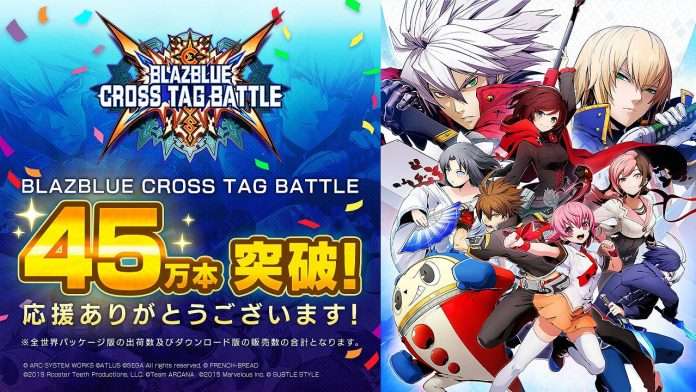 Since the release of the cross-over fighting game BlazBlue: Cross Tag Battle two years ago in May 2018, Arc System Works has announced that the game has shipped over 450,000 copies worldwide across the PS4, Nintendo Switch, and Steam. The sales number includes digital copies sold.

Producer Toshimichi Mori thanks the cooperating companies, the staff, and the users for their support. He says he would like to continue delivering interesting and exciting projects to everyone, and looks forward to people’s continued support.

To celebrate the second anniversary of BlazBlue: Cross Tag Battle, the game will be discounted in Japan from June 10 to June 23 on the PS4, and June 11 to June 24 on the Switch.