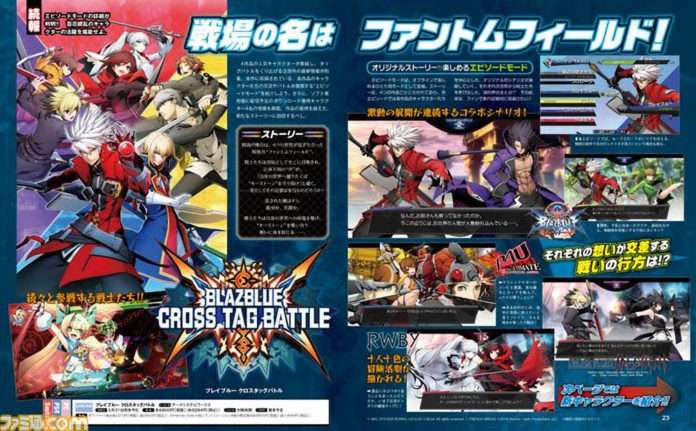 The newest edition of Weekly Famitsu magazine #1525 will include a feature for the cross-over fighting game BlazBlue Cross Tag Battle, revealing information on the game’s story mode.

The upcoming fighting game will have a single player “Episode Mode,” which will consist of a brand new, original story with episodes for each of the featured series in the game: BlazBlue, Persona 4 Arena, Under Night In-Birth, and RWBY. 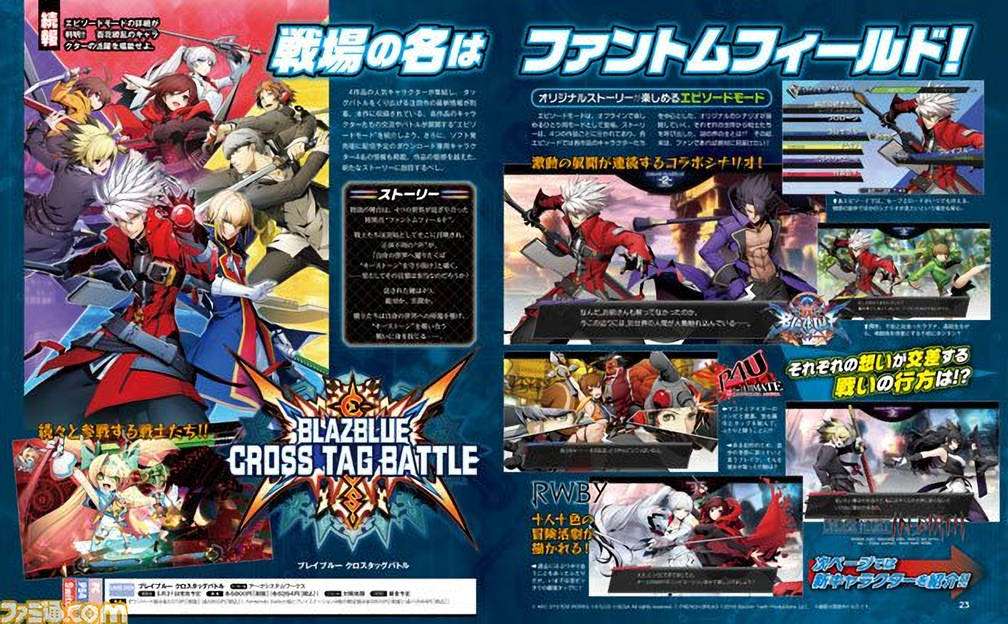 This information is included in the upcoming issue of Weekly Famitsu magazine March 8, 2018—or issue #1525—releasing on February 22, 2018.

It was recently confirmed that the game will have an English dub for its North American release, with the option to select the original Japanese one as well.