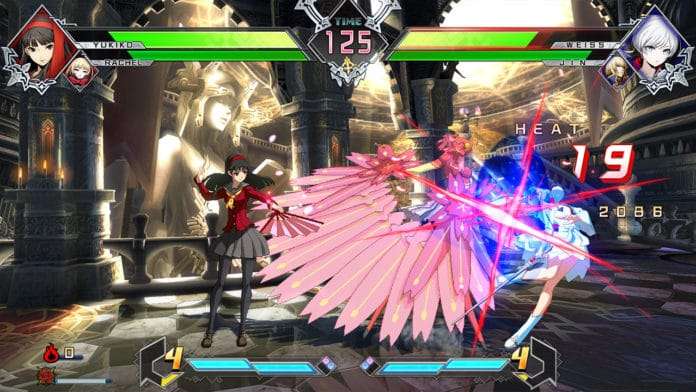 Following the teaser site which went live alongside the announcement of the title, the full website for BlazBlue Cross Tag Battle has now been launched.

The currently opened pages include an About page, giving an overview of the game and detailing the four titles included in the crossover: BlazBlue, Person 4 Arena, Under Night In-Birth and RWBY.

The second opened page is the Character page, detailing all 21 currently announced characters. 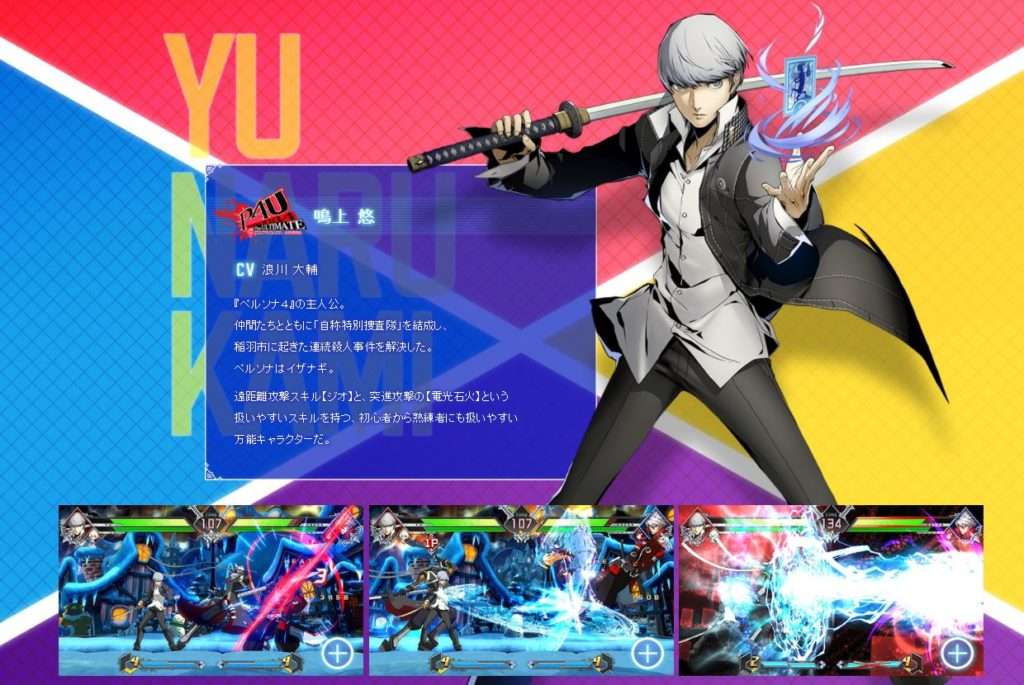 The main character of Persona 4. He formed a self-proclaimed special “investigation team” with his friends and solved a series of murders in Inaba.

His persona is Izanagi.

He is a versatile character who is easy to handle for everyone from beginners to skilled players, with long range attack skills [Zio] and easy to handle [Rushing Lightning] skills. 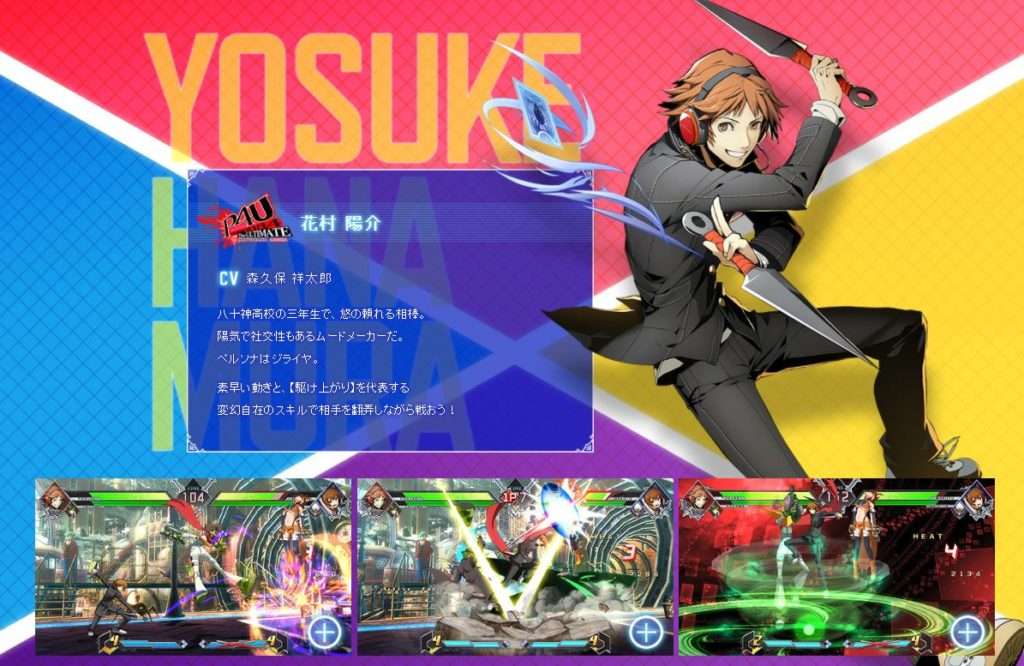 A third grader at Yasogami High School, and a companion that Yu can rely upon. He is a cheerful and sociable person, and the life of the party.

His persona is Jiraiya.

He fights by rushing the opponent with quick movement and skill that represents [Rushing Up]. 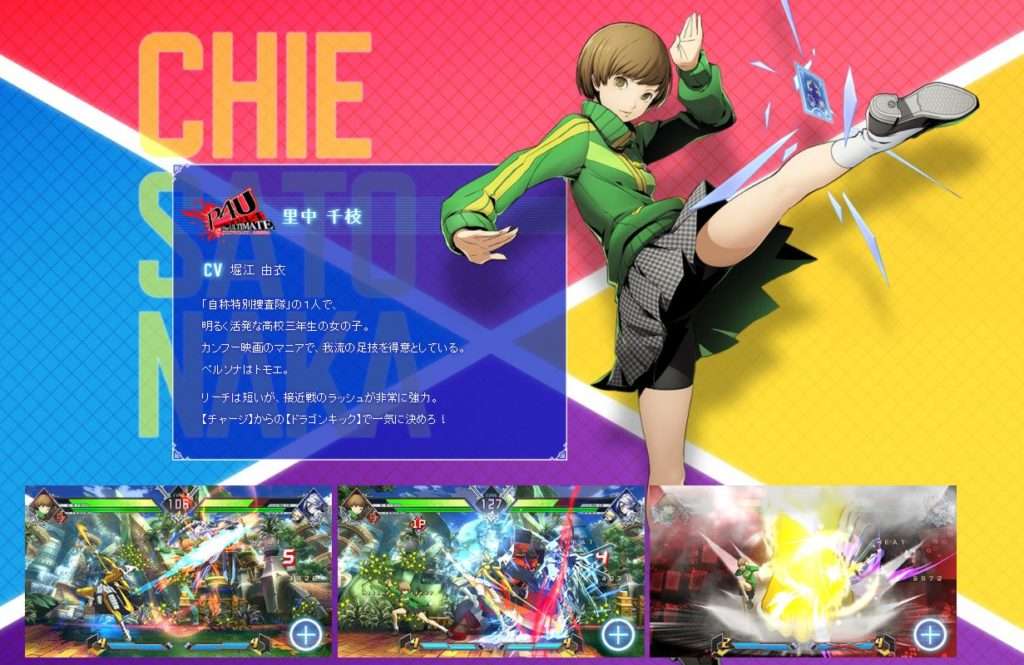 A bright and active high school third grader, who is a member of the “self-proclaimed special investigation team.” She is a good hearted kung fu movie fan, and skilled in martial arts.

Her persona is Tomoe.

Her reach is short, but he close rush is very powerful. Decide the battle in one blow with a [Dragon Kick] from [Charge]! 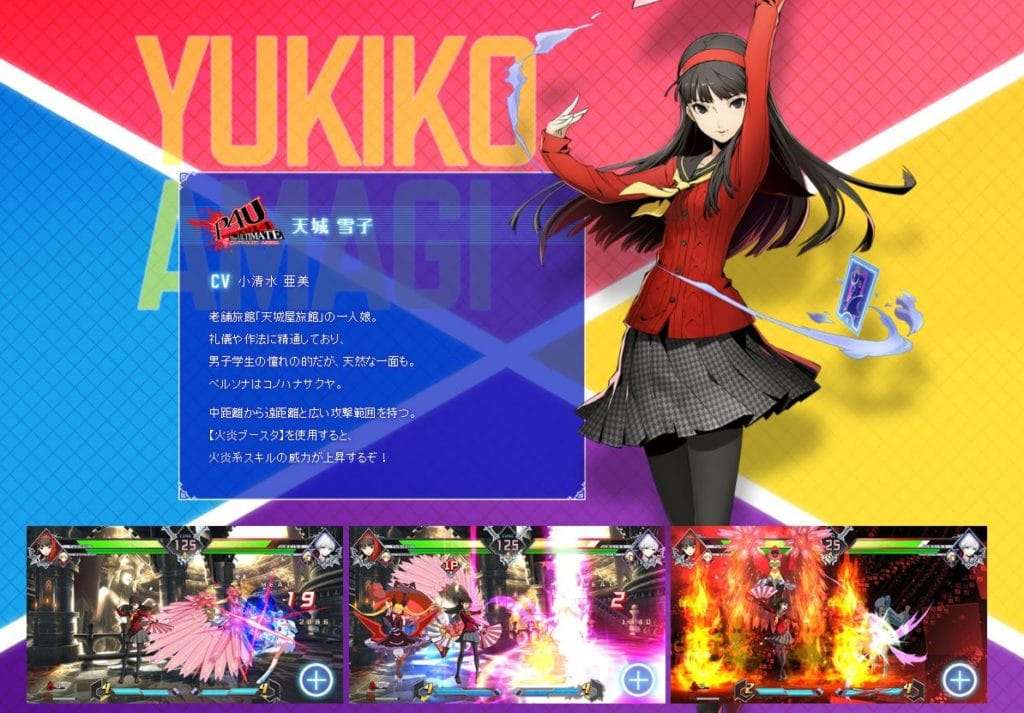 An only child from a long established traditional inn. She is courteous and well mannered, and has the admiration of male students.

Her persona is Konohana Sakuya

She has a wide attack range covering medium and long distance combat. Using [Flame Booster] the power of her flame skills will rise.

The third opened page is the Video page, containing all previously released trailers.

The final page is the Products page, detailing the release information for the title as well as the limited edition and DLC. 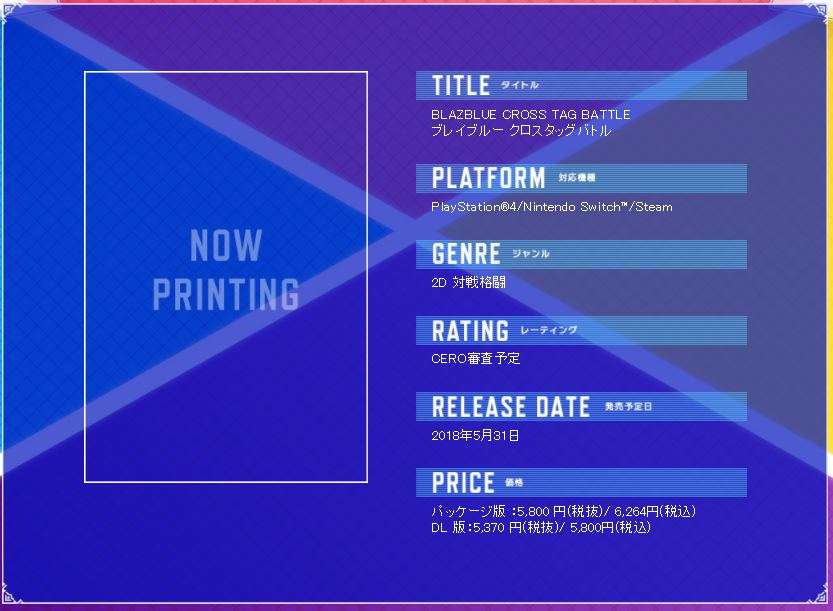 System, Mode, Special and FAQ pages are currently greyed out, and will be updated at a later date.