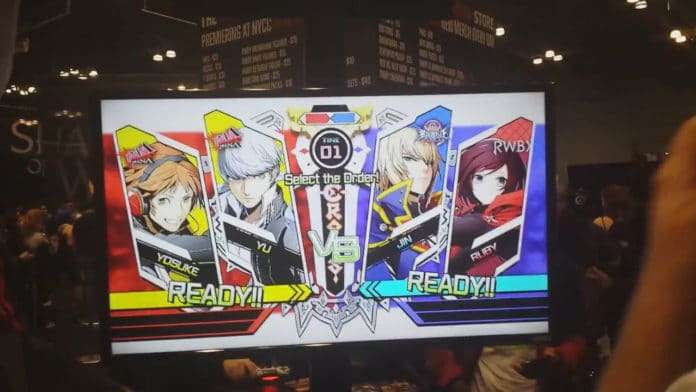 The background stage is the Midnight Channel, from Persona 4 Arena.

BlazBlue Cross Tag Battle has not been given a release date other than 2018, and no platform has been announced for it as of yet.