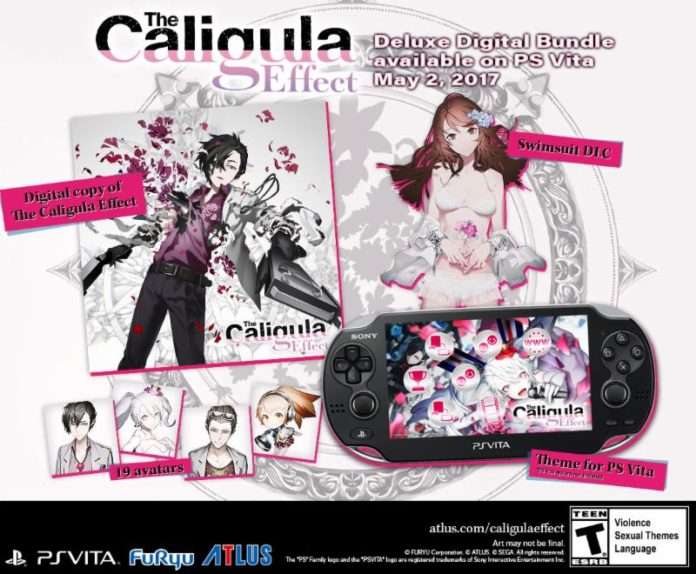 Following the news that The Caligula Effect will be releasing in North America and Europe on May 2, 2017 as a digital-only release, Atlus USA has announced a “Digital Deluxe Bundle” for the game. 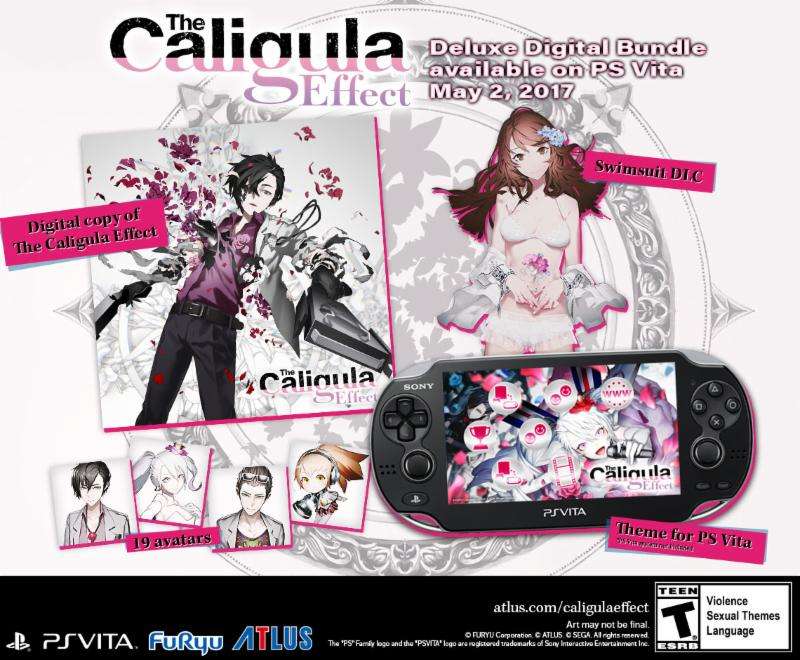 It’s not easy escaping a virtual prison controlled by an intoxicating virtual idol named μ, but freedom can only be achieved by fighting hordes of Digiheads, battling evil music producers, and confronting the all-powerful μ. It’s a hard task, so the least we could do is launch The Caligula Effect as a deluxe bundle that includes a ton of digital goodies! So what will you get when you pick up your PS Vita and venture into Mobius on May 2? Well, you’ll get a theme featuring μ and various characters, 19 avatars, AND a swimsuit costume DLC pack for $39.99/€39.99/£29.99!

The Caligula Effect was released for the PlayStation Vita in Japan on June 23, 2016. It will be released on May 2, 2017 in North America and Europe.