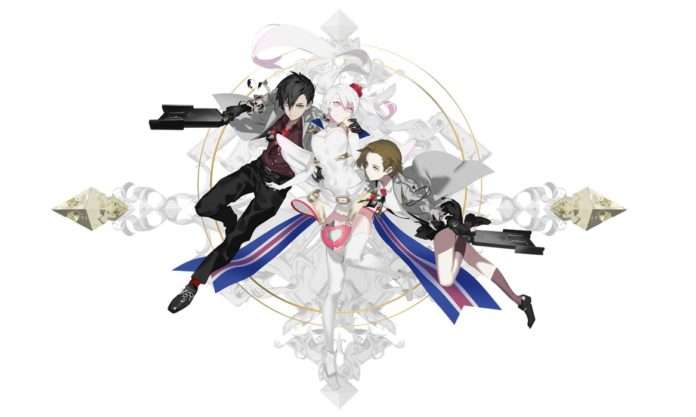 During a special, 1-hour The Caligula Effect  Japanese live stream earlier today, a remake of the former PlayStation Vita exclusive RPG and an anime adaptation of the game were announced.

The first game was notable for being written by the Revelations: Persona and Persona 2 duology writer Satomi Tadashi, as well as some of its similarities to the Persona games. He retains his role for the upcoming Caligula project.

The remake of The Caligula Effect, subtitled “Overdose,” will be released on the PS4 in Japan on May 17, 2018 for 7,980 yen. It will use Unreal Engine 4 this time, and notable additions include:

Gematsu has translated the game’s overview:

The Caligula Effect Reborn on PlayStation 4 and Unreal Engine 4

The UI has been completely remade, usability has improved, and the game can be enjoyed more comfortably. 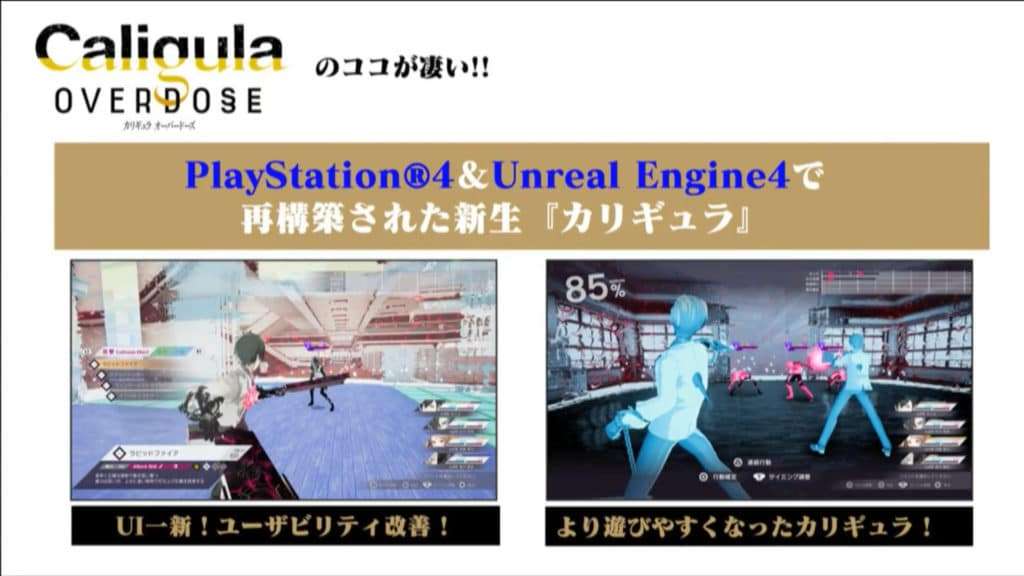 Break into the secrets of the musicians with the Forbidden Musician Route. What is the price of betrayal…? 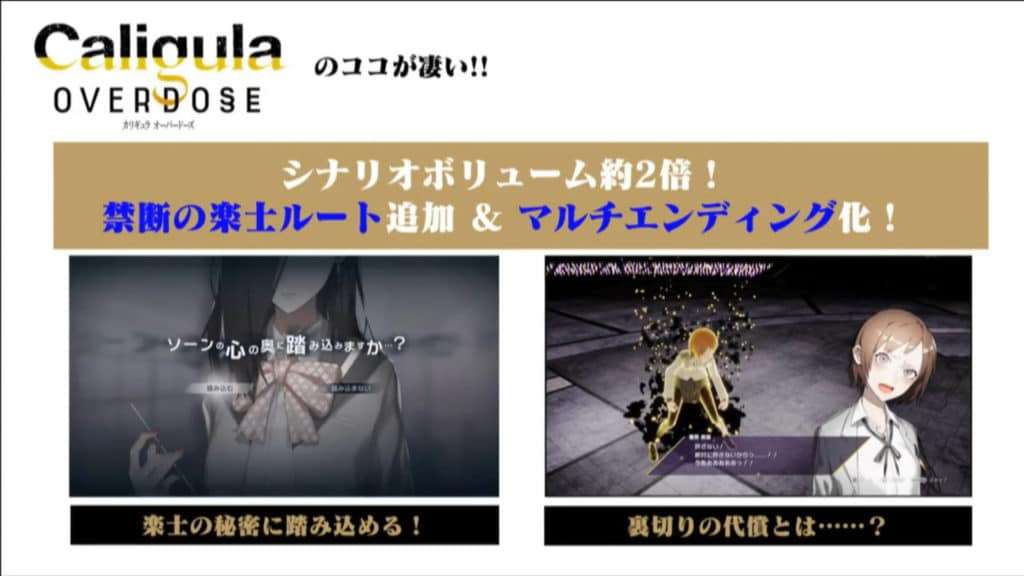 The development of the story and the reaction of the people around you will change depending on your gender. The female protagonist is voiced by Miyuki Sawashiro. 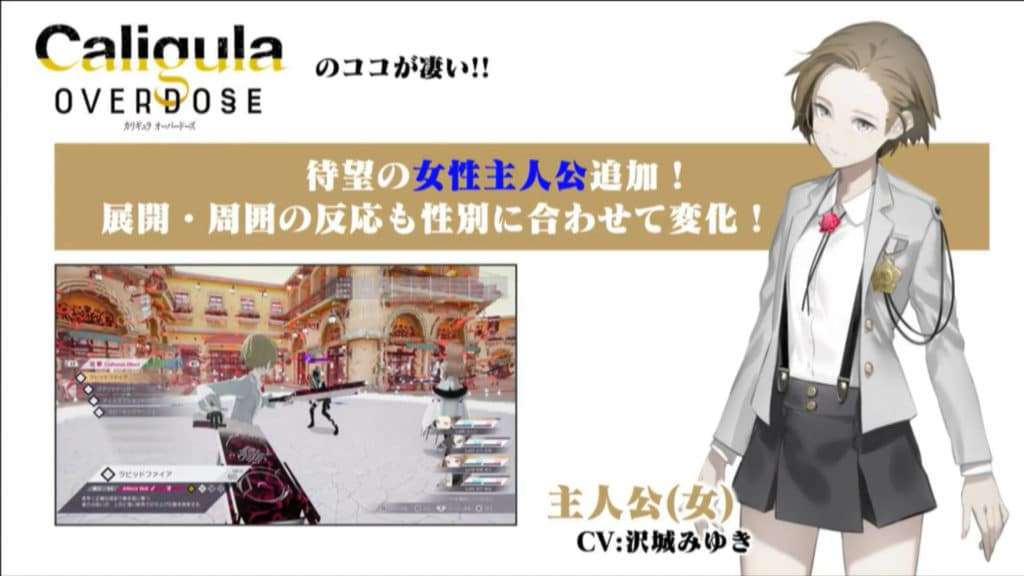 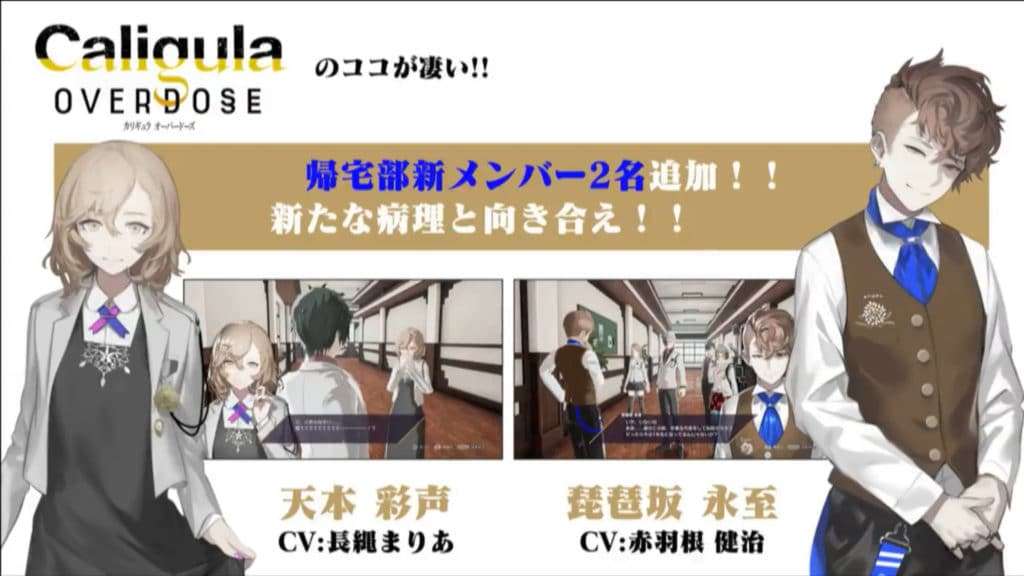 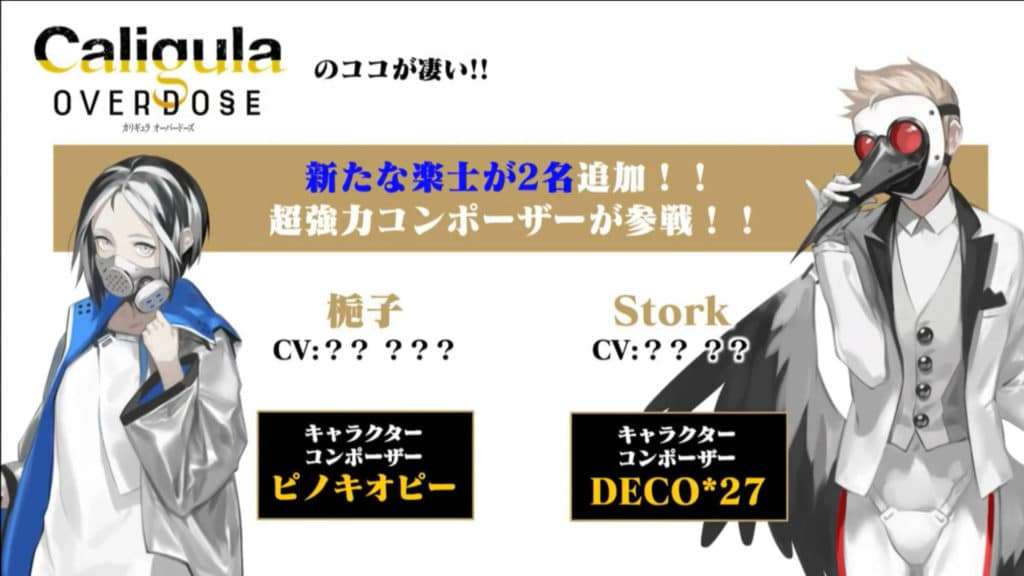 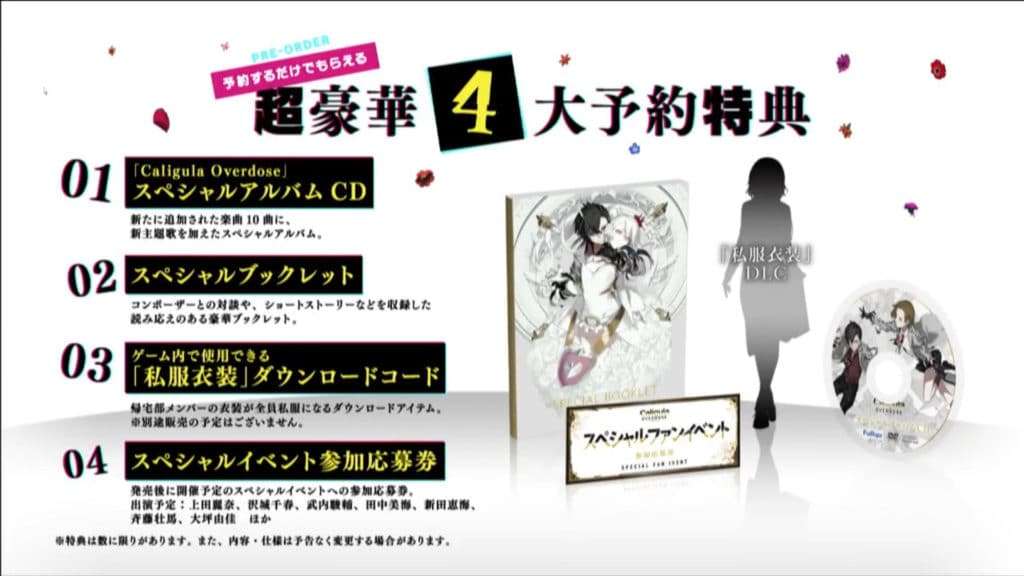 Pre-orders will include the following four bonuses:

An anime adaptation of the game was announced to begin broadcasting in Japan on April 2018, featuring the voice actors from the game. A new Twitter account was established for it, which will reveal new information in the future. 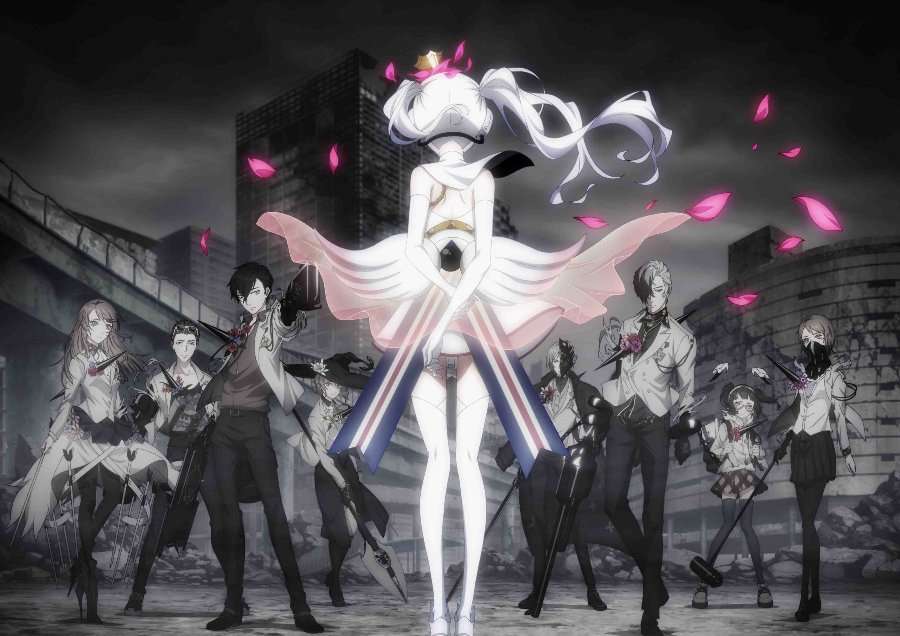