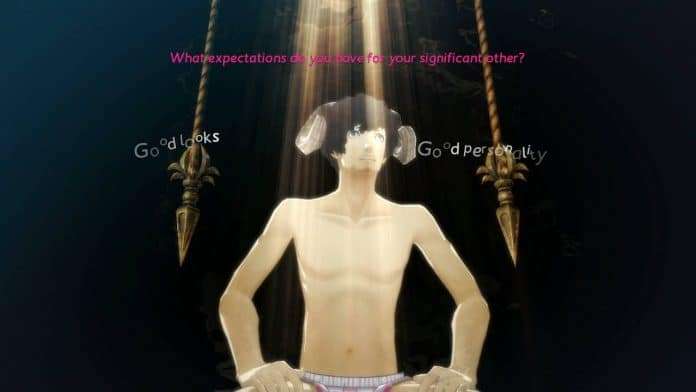 Following the series of videos titled “Adult Love Challenge Theater” released for the PS4 and PlayStation Vita versions of the action puzzle game Catherine: Full Body, Atlus has published these videos for the Nintendo Switch version of the game.

The video series of six episodes focuses on the relationship between Vincent and the game’s six heroines, along with the characters of the Stray Sheep bar.

The mess resulting from being stuck between the two “Catherines,” and the introduction of a “new possibility.”

The “new possibility” appears before the man suffering from pressure. An “angel” that presents new values.

Is eternal love an illusion? The man tries to escape from marriage. What is the idea behind an “old-fashioned” lover?

Immoral yet sweet, the betrayal of “adultery.” Still, the man dives into the depths.

Rin has become irreplaceable. However, the man learns of a shocking fact.

Life, destiny, and marriage. What is love to you?

Atlus has also released virtual backgrounds from Catherine: Full Body for use in video conferences: