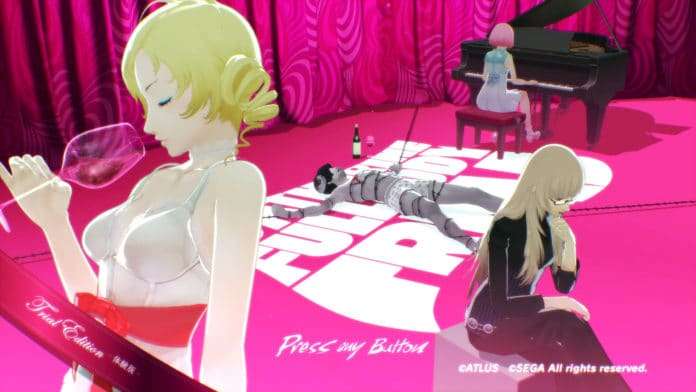 Atlus has released a demo of Catherine: Full Body on the Japanese PlayStation Network Store today for the PS4 and the PS Vita versions of the game.

In the special trial edition of the game, players can play through the first two days of the game. Enjoy an introduction of the story depicting reality and nightmares, with numerous animated scenes, with new additions and action puzzles.

This is potentially related to the previously teased special announcement set to be made in an hour from this post.

Screenshots from the PSN page: