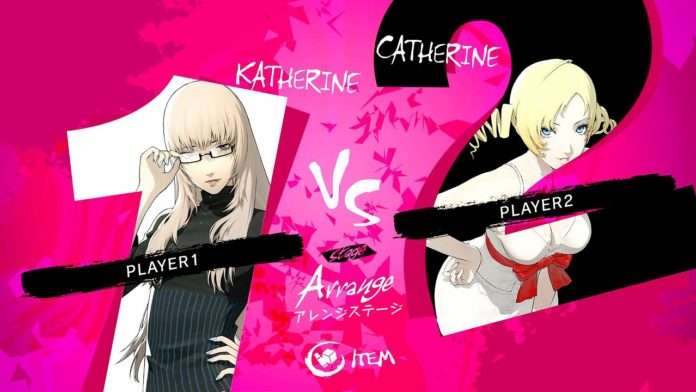 Atlus Japan has sent out a press release with new information and screenshots for Catherine: Full Body, with an overview of the game mechanics, its lowest difficulty, and the major characters other than Vincent and the three Catherines.

This follows the previous press release about Vincent’s friends and love interests.

Catherine: Full Body is designed so that anyone can clear it!

For those who are interested in the story but wonder if they’ll be able to clear the action puzzle sequences, Catherine: Full Body will allow anyone to reach the ending.

1. Automatically climbing the most efficient path.

Autoplay: You can leave the difficult segments to the autoplay function. You can disable it at any time while it’s in operation, using it at your leisure.

(Difficulty: Safety and Easy only) 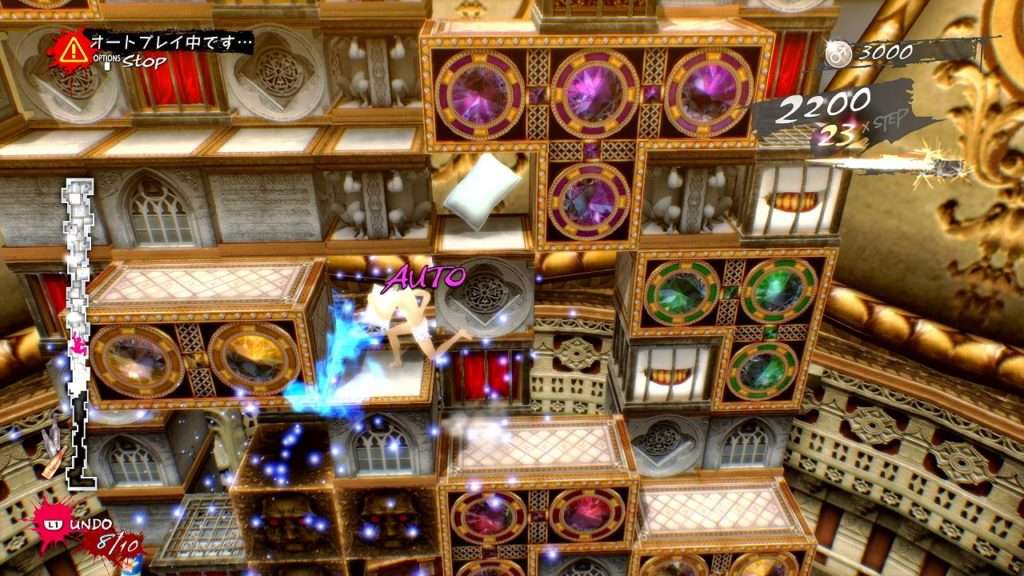 2. Only enjoy the event scenes.

Skip Puzzle: Players can skip a puzzle segment with a single button.

(Difficulty: Only available in Safety. Can be used even for stages that haven’t been cleared before) 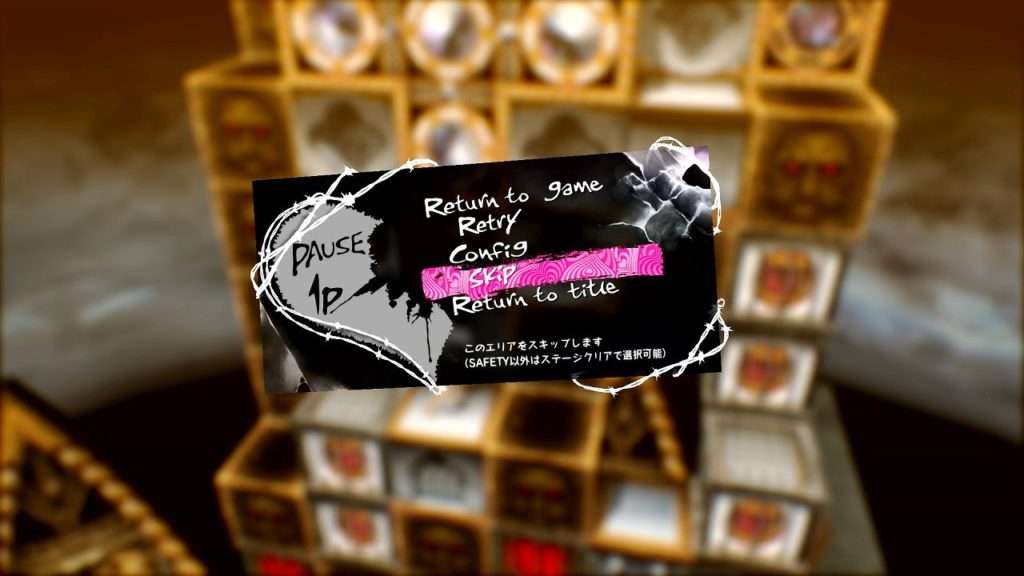 In the lowest difficulty level Safety, there are plenty of support functions that allow anyone to clear the game.

Play as characters other than Vincent in challenge puzzles in the new incarnations of Babel and Colosseum!

The modes “Babel” and “Colosseum” is where players play for a high score and to compete with each other in action puzzles. As previously announced, there will be a downloadable character set which will allow players to go for a high score with their favorite character.

The release will be alongside the game’s release, priced at 200 yen for the set.

New items have been added to the Colosseum mode in “Full Body.” If you use the items that randomly appear on the stage effectively, you’ll gain the upper hand. However, there are also items with negative effects like confusion, so don’t let your guard down.

New stages in Babel are obtained with the progression of the story.

In “Babel,” you compete for a high score by quickly trying to reach the goal. There are two modes included: “Single” where you challenge the tower alone, and “Pair” where you tackle the challenge cooperatively.

Cooperative play in Babel supports online, where you and a friend can support each other to overcome the tower. 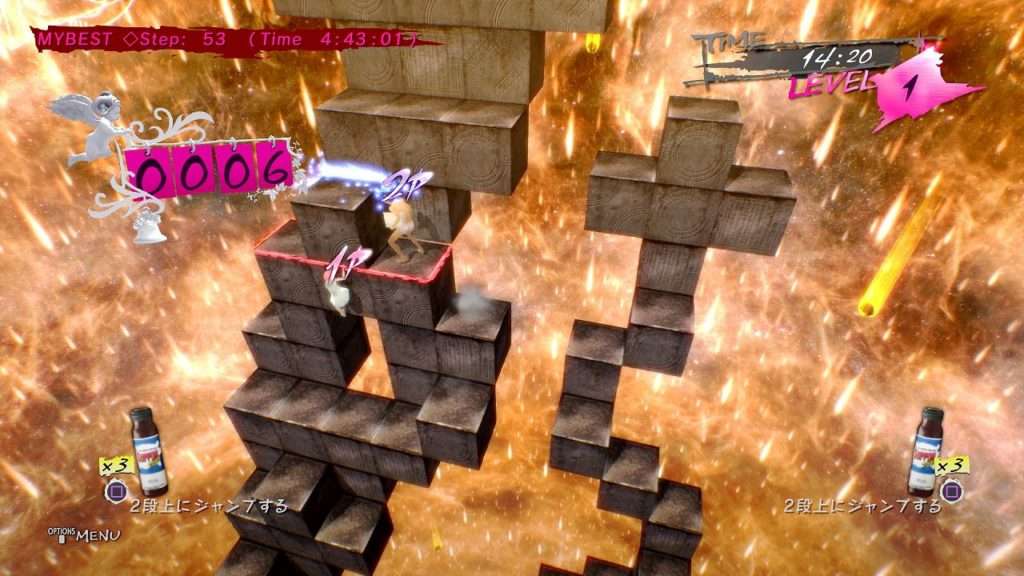 In the adventure part of the game, you can freely move around the bar called the Stray Sheep. Time progresses gradually, and the customers frequenting the bar change accordingly. There are event scenes and people you can meet by spending time normally, so take your time.

Fitting for a bar, enjoy drinking and gain knowledge of alcohol!

By sitting down, you can order alcohol. In this game, wine has been added to the lineup. You can enjoy the setting of Catherine: Full Body with new alcohol knowledge to gain.

If you get drunk, you’ll gain an advantage during the game’s action puzzles. You can drink any amount of alcohol you want. Vincent will become increasingly drunk and start stumbling as he drinks more, but in actuality, it has the advantage where he’ll be moving faster during the nightmare stages! Challenge the nightmares after drinking as much as possible. 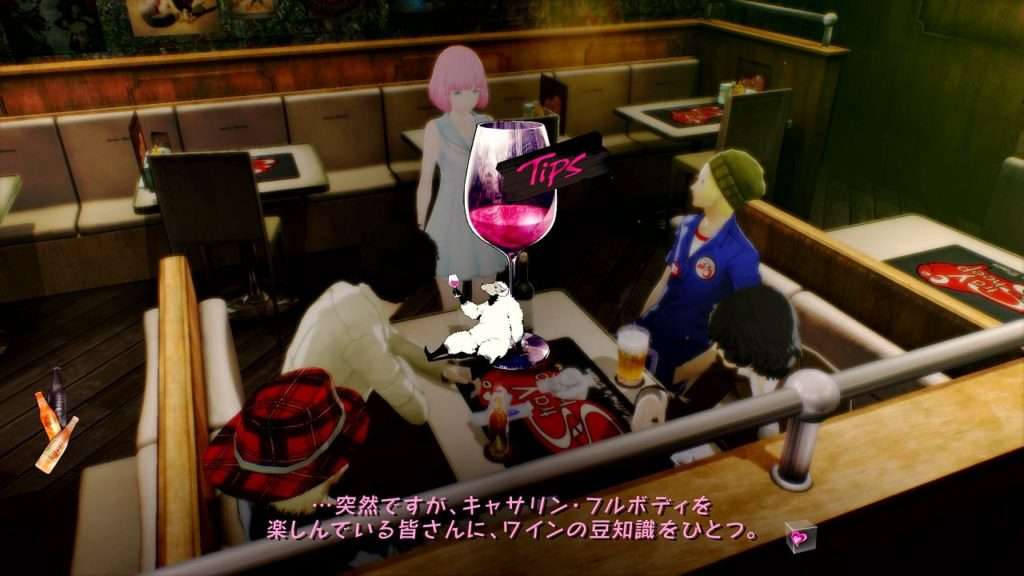 The Stray Sheep features the in-game arcade machine where you can play the mini-game “Super Rapunzel.” The stages are divided between “Standard” and “Arrange, ” for a total of 256 stages! 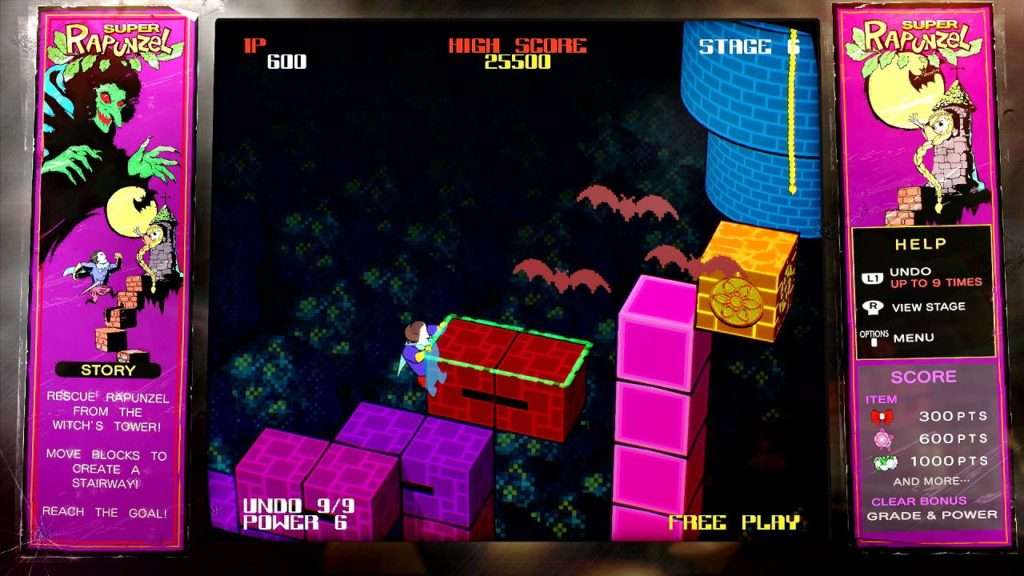 By interacting with the jukebox placed in the corner of the bar, you can listen not only to songs from Catherine: Full Body, but can freely change BGM from other popular Atlus game music. There are some unreleased songs which can be enjoyed for a while here! 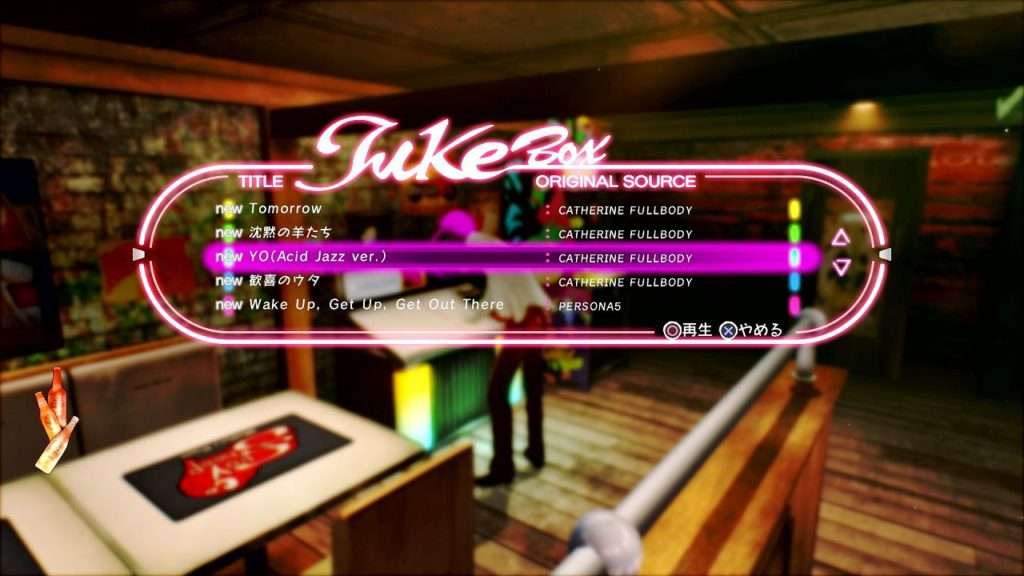 In the bathroom, there’s something…?

Look at sexy pictures that you can’t look elsewhere, wear the Nero Glasses, listen to the ideal voices… See all of these secrets in the private space that is the bathroom. 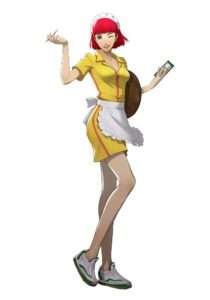 The waitress who works at the Stray Sheep bar where Vincent frequents. She’s popular with customers, serving them with a smile and a bright attitude. She was a classmate of Vincent’s in high school.

In a nice gesture, Erica brought in Rin to the Stray Sheep, since she had lost her memories.

She sometimes takes a harsh attitude with Vincent, who sometimes confides in her about cheating and his nightmares. She acts as a dependent old friend. 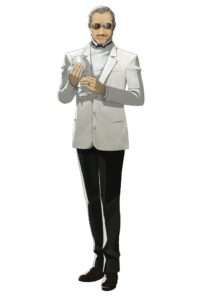 The owner of the Stray Sheep bar. He stands quietly behind the counter and listens to what customers have to say. He arrived in town several weeks ago and opened the bar for some purpose.

“Cheating is in a man’s nature.”

He has a refined look, but he is actually very lustful towards women. Apparently, Erica is bothered by his sexual harassment.

What is the face hidden under the sunglasses? It’s said that his sunglasses are to hide from the problems he raised towards women in the past… What is the truth behind these rumors? 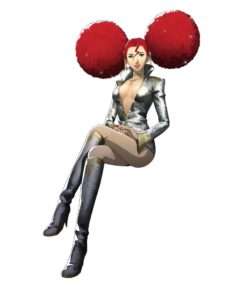 She has the role of story teller, with no direct relationship with the game’s story. She’s a mysterious person who lies in the shadows of various events. She talks to the player using different names. If you play every corner of Catherine: Full Body, maybe you’ll be able to unravel the mystery behind her!?

Trisha talks directly to the player as a story teller. But what of her true identity…?

She seems to be looking at the events of Catherine: Full Body from a bird’s eye view, as an overseer.