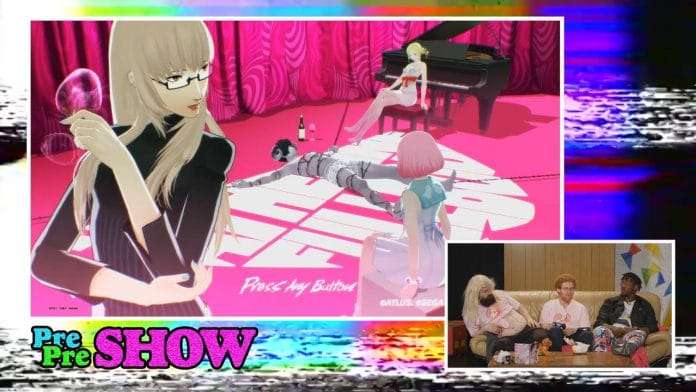 During the E3 2019 Twitch Pre-Pre Show live stream presenting various games that will be featured at the event, there was a segment featuring Atlus’ action-puzzle platformer Catherine: Full Body.

Revolving around the multiplayer component of the game, the segment features new English footage of Catherine: Full Body from what is presumably the demo that will be present at the Sega/Atlus booth on the show floor.

The annual Electronic Entertainment Expo (E3), one of the biggest regular video game trade shows, will take place this year from June 11-13, 2019.