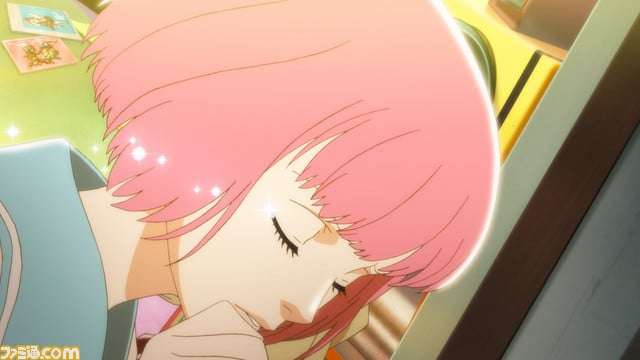 This week’s issue of Weekly Famitsu magazine #1561 releasing on November 1, 2018—or the November 15, 2018 issue—will include a feature for Catherine: Full Body.

The feature will revolve around the new character in the game, Rin. The magazine will include an interview with character designer Shigenori Soejima, discussing various elements that highlight “Full Body’s” charm.

Contrasting with the lover of firm character and the roguish adulterous partner, the third person is a healing presence: Rin. However, Rin also has a secret.

It was previously teased that Qatherine might turn out to be an angel. 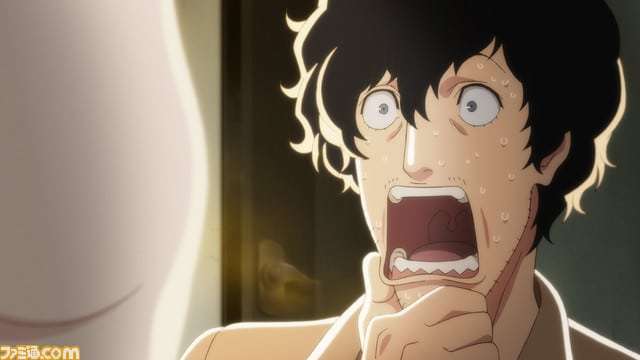 If you look at this scene, you may gain an understanding of Rin’s secret. But are there other important secrets…? 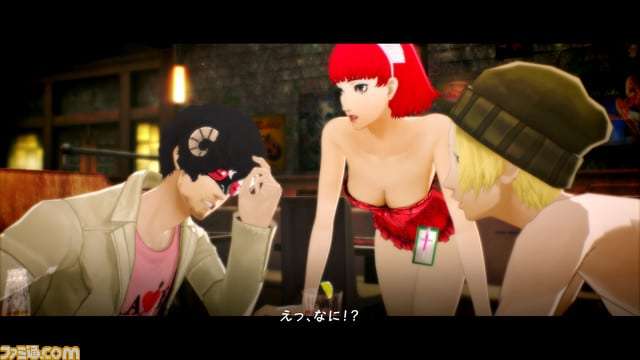 We will also deliver new information on the special content in this game such as the eyeglasses that let you see every character in their “nightwear figure.” (You’ll be able to see Catherine’s nightwear in this issue!) 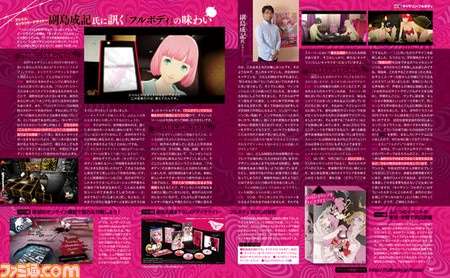 An interview with Shigenori Soejima, the character designer, where he’s asked about his feelings on Rin’s design and about the enjoyable aspects of “Full Body.”

Catherine: Full Body will be exhibited at a booth during “Sheep Week‘s” “Sheep Carnival 2018” event on November 3 and November 4, 2018 at the Nakano Central Park. At that booth will be the sale of original merchandise, AR photo shoots, and also the free distribution of a “Special Famitsu” edition featuring the game. 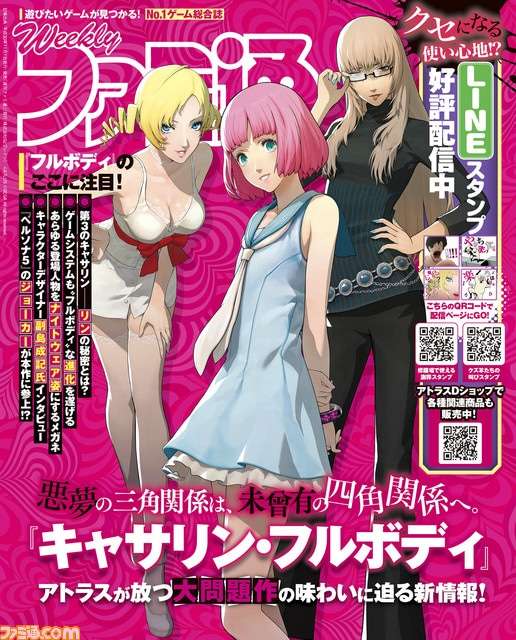 Above is the cover of the “Special Famitsu.” The 8-page booklet, of the same size as a regular edition of Famitsu, will include the contents of the November 15th edition of Weekly Famitsu (releasing on November 1, 2018).