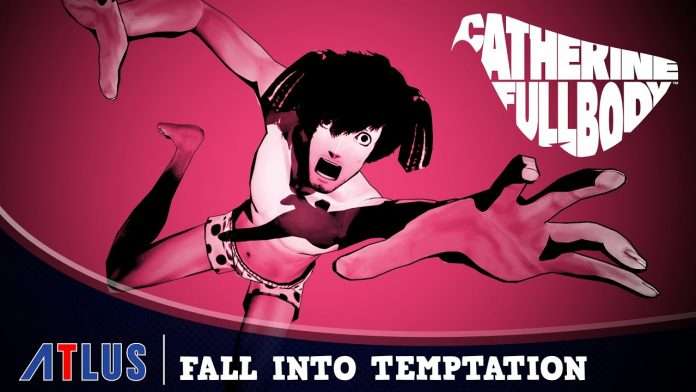 This follows the announcement trailer for the Switch port.

Catherine: Full Body is a gripping, action-adventure puzzler that features a mature story about complex relationships and difficult choices. Our story centers around commitment phobic Vincent, who is at a crossroads of taking the next step in his long-term relationship or leaving it all behind. Succumbing to the temptation of a new romance, Vincent then finds himself trapped in a recurring nightmare of a crumbling tower of puzzle blocks he must climb to survive to see another day…
Key Features: