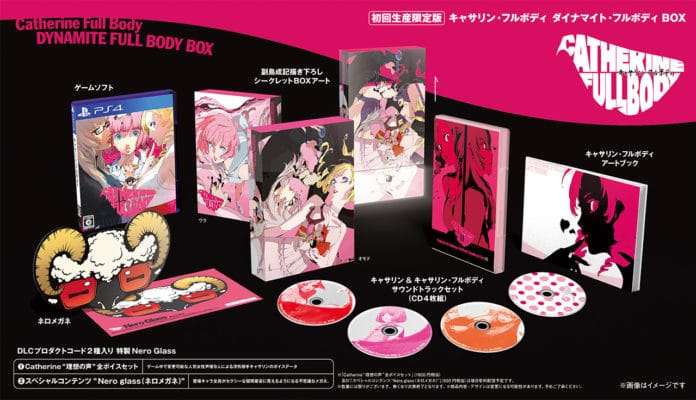 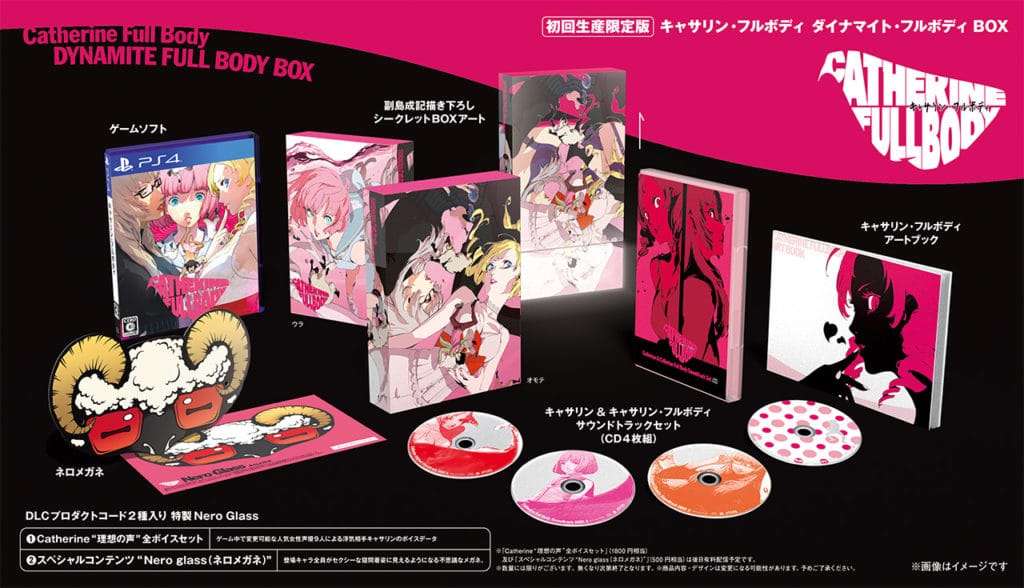 The “Dynamite Full Body Box” limited edition version of the game will retail for 13,980 yen (excluding tax). It will include:

Elements of the inner box illustration are removed as the sleeve is removed.

The DLC code will include two things:

Along with the 2 discs for the previous Catherine album, the definitive version of the CD set will be released for the full new soundtrack in Catherine: Full Body. This will also include a voice actor roundtable discussion and specially recorded audio commentary.

This DLC for the action puzzle modes of Babel and Colosseum will make the Persona 5 hero, “Joker”, available as a playable character. Players will also be able to enjoy commentary from the members of the Phantom Thieves when playing as Joker.