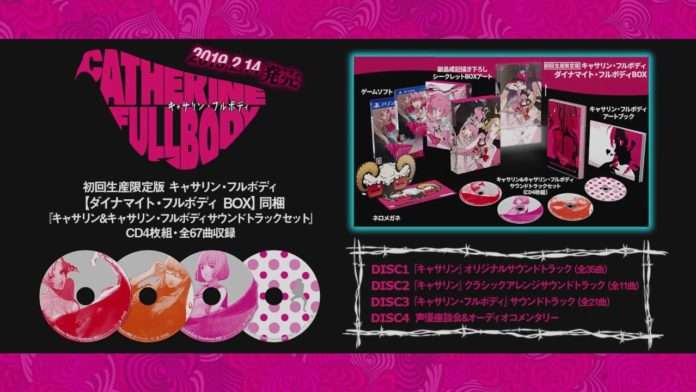 A 4-disc soundtrack will be included with the limited edition release of Catherine: Full Body—the Dynamite Full Body Box—and Atlus has released a video previewing this background music.

The total number of music tracks in the soundtrack is 67.