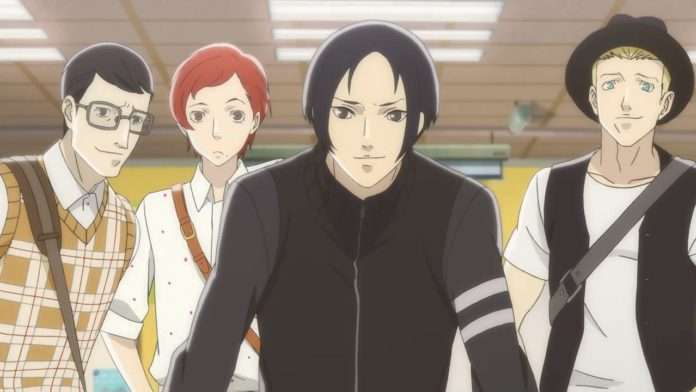 Atlus Japan has sent out a press release with new information and screenshots for Catherine: Full Body, detailing the concept behind the game’s nightmares and the systems revolving around its puzzle gameplay.

Men who cheat and mislead women are cursed with nightmares!

Vincent lacks the will to get married to his pregnant girlfriend who he has dated for many years, and cheats on her at the worst possible time. Both women involved demand “a certain relationship,” and eventually Vincent begins to experience life threatening nightmares. 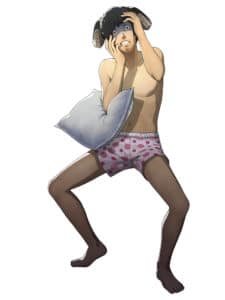 The main character of this game. He cheated on his girlfriend after meeting a beautiful lady at a bar. He starts to suffer from eerie nightmares. In these dreams, he must survive by climbing a high tower.

Cheating on their 5th year together, she is pregnant.

Unsettled by a soothing presence… 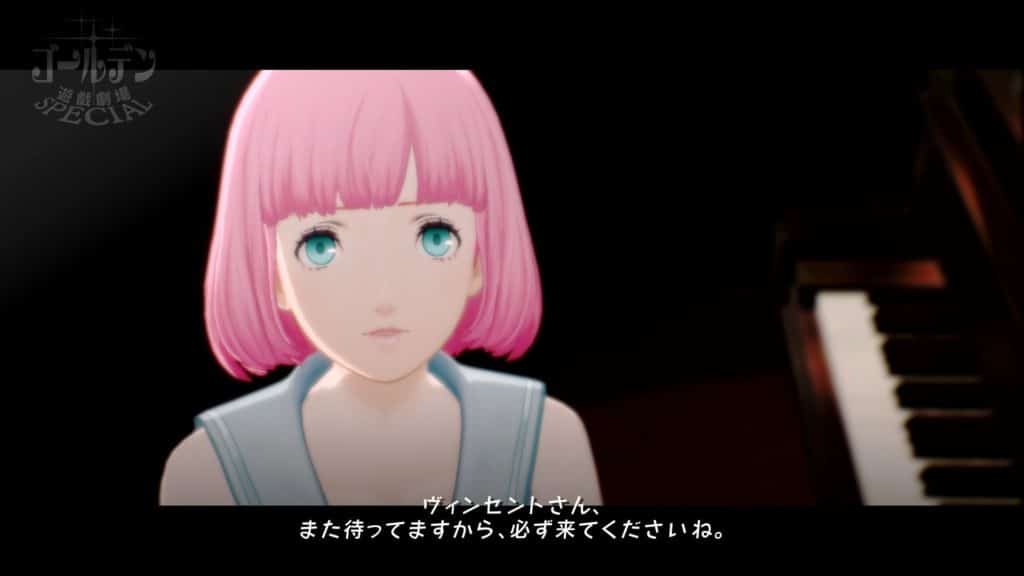 Whether dream or reality, is the choice for “unrestrained” or “solid”? Or a “new possibility”?

Update to all the questions in the confession booth.

Vincent and the player are questioned regarding their values in many places while playing. Although the ending changed according to the answers given in the previous title, in Full Body all of the questions have been updated, and depending on the answers, a third possibility other than “unrestrained” and “solid” will be uncovered.

Which Catherine will you choose for the future?

Every night, Vincent experiences nightmares as a result of cheating. In his dream, you will be climbing a tall tower. In this tower, there are other men who have been changed into sheep besides Vincent. Apparently, this seems to be a curse for unfaithful men.

Blocks with different characteristics are found on each floor. The inside of the tower is divided into several groups, where the difficulty level increases as you climb.

Monsters out to kill. Enemies threatening Vincent will appear in the tower, such as a monster bearing the face of his lover.

All men are turned into sheep.

What is found at the top of the tower is said to “grant everything.” How far this is will depend on the player’s choices.

An angel of salvation appears in these demonic nightmares?

At a certain point, Rin will appear in the dreams. While the surrounding men are turned into sheep, only Rin maintains her human appearance. She seems to have a power to help Vincent by playing her piano. However, there are some who are suspicious of Rin’s mysterious existence.

Emergency support auto-activated by Rin in a pinch. The sounds of the mysterious piano will start playing for Vincent in an emergency. The piano’s melody seems to have the power to halt the collapsing stage, but what is the identity of this power…? 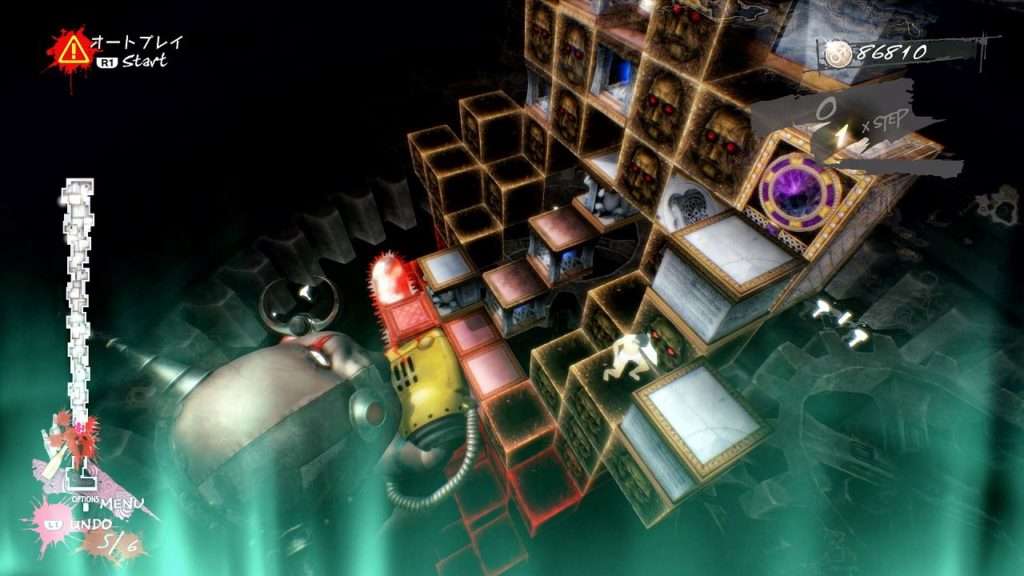 Aim for the summit using wisdom and skill.

In the puzzles, you won’t be able to reach the summit simply by moving the blocks. You need to skilfully avoid traps, use items at the right time, etc. Fully utilize your wisdom and reflexes to aim for the goal.

Strategies that sheep will often tell you can be referred to at any point at save points.

Use items which can be purchased in the tower. These items that can be obtained are important to use, and some of their effects have changed since the previous game.

If you connect to the internet, you can discover a friend who also suffers from nightmares!

If you connect online, you might be able to experience some companionship as you keep climbing the tower into the night.

The number of deaths and the status of players nationwide. Deaths based on the stages in the tower are listed, as well as what type of death (like “falling,” “crushed,” etc.).

Souls will appear at sections where other players have died. This will hint at potentially dangerous sections.

When you enter into a puzzle stage, you can check the results of other players who answered the question you did from the confession booth.

The presence of Rin affects the future of others than just Vincent.

In Catherine: Full Body, it has already been announced that the number of endings has increased due to the appearance of the new character, Rin. But it turns out that Rin’s presence has an effect on the future of secondary characters as well.

This time, we introduce the profile of Vincent’s especially close friends.

Imagine and enjoy how their future will change compared to the previous game. 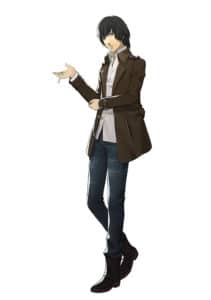 A classmate of Vincent’s dating back to high school. He looks cool and practical, but he is an idealist who believes that marriage is reserved for a fateful partner. Therefore, he also declares that he is “not willing to marry” his current girlfriend.

He cares more about the relationship between Vincent and his lover, Katherine, than anyone else.

In his high school days, Jonny had a quirky personality. He had a principle that, “I will not go out with a girl that I don’t really like.” But now that he’s become an adult…?

In actuality, Jonny is dishonest and likes someone other than his current lover, so he is cursed by the nightmares.

The potential change in an unrequited love?

Jonny, a friend of Katherine’s as well, becomes exasperated with Vincent’s attitude. Is the feeling he holds toward Katherine not that of friendship…? 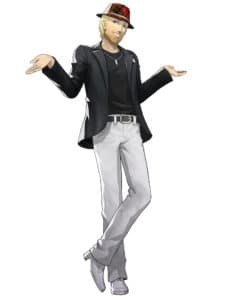 A classmate of Vincent’s since high school and a colleague of his at his workplace. He has failed in business since his youth, and he has gone through a divorce for that reason. Although he says that marriage is a cemetery of life with an optimistic bent, he still seems concerned about the matter of his ex-wife.

Orlando looks optimistic, but he’s still mulling over his ex-wife. However, will his encounter with Rin change that feeling…?

Because of his divorce, it seems that his philosohpy on love is clear cut.

Due to the fact that his workplace is the same as Vincent’s, and they spend a lot of time together, the advice he gives to Vincent is rough and unfiltered. 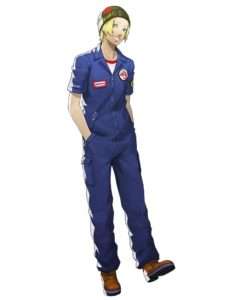 A junior at Jonny’s workplace, he is 23 years old with a vague yearning for marriage. He is smitten with the bar’s waitress Erica, but he finds it hard to get along with her well because of his lack of experience with women. He’s a nice person who innocently cares about Vincent.

A nice person who innocently labels Vincent and his friends “examples of useless adults.” He does not seem to be experiencing the nightmares, but what is the difference between him and Vincent?

Takes another step toward becoming an adult by getting a new relationship with the person he cares about?

Although Toby has an unreliable behavior as a result of his youth, will he make a drastic decision in this game…?

It seems that Toby, who likes older women, likes the bar waitress Erica.