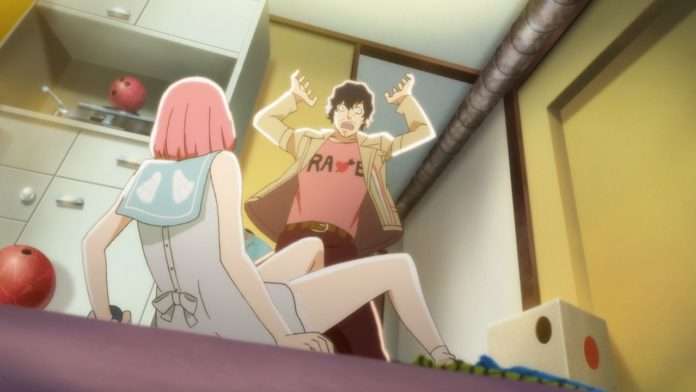 Atlus Japan has sent out a press release with new information and screenshots for Catherine: Full Body, detailing the new character Rin, visuals of the “Nero Glasses” DLC, and the game’s online functionality.

“That girl you care about has a secret.”

Appearing before Vincent is the third “Catherine”: Rin. Due to losing her memory, she has a mysterious aura of otherworldliness and innocence. With Vincent’s suffering between his lover Katherine and his adulterous partner Catherine, she will be a healing presence for him. 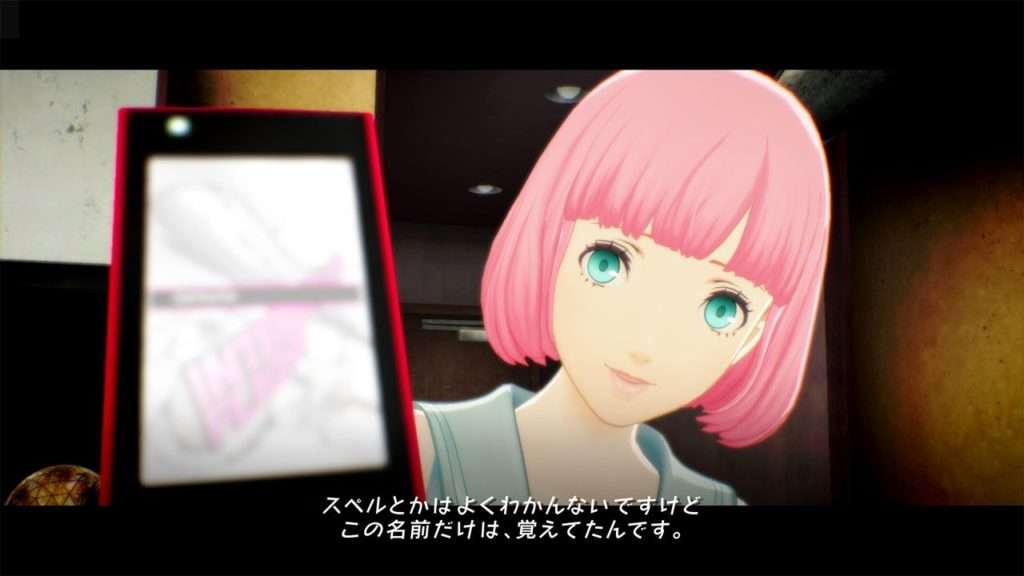 She says she has lost all memory with the exception of her name: Qatherine.

The naive Rin appears defenseless at times. And this always agitates Vincent.

However, there’s a secret.

It is up to the player to accept Rin’s secret or not.

Rin has more than one hidden secret!?

Rin also appears in the nightmares, helping Vincent with her mysterious power. As the story progresses, Rin’s secrets will be revealed.

During the action puzzle stages, there will also be moments where the blocks are climbed alongside Rin, guiding her in order to reach the goal.

Is there a happy ending awaiting behind the door…?

Nero Glass (Nero Glasses) are special content included in a limited capacity with the first-print copies of the game. It’s an item worn by Vincent that makes other characters appear as though they’re in nightwear.

This release will show the appearance of the three Catherines in nightwear.

“Nero Glass (Nero Glasses)” can be equipped at any time during the game. Event cinematics and characters who appear in the Stray Sheep will be seen with nightwear.

Even when it comes to serious discussion or peaceful discourse, those scenes are changed to sexy ones.

The long-awaited convenient function has finally been implemented to see event movies that were previously seen. If you have the Nero Glasses, you can select “Standard” or “Nero Glass” while viewing the playback in this mode.

In various scenes, Vincent is asked to make a selection for email exchanges with other characters. Vincent’s future will change in a number of ways depending on how he responds to email from the three Catherines.

It is up to the player whether to reply with cold messages, or warm ones. The ease of entry to reply to these emails has also been improved from the previous game.

All Attached Photos Have Been Revamped!

As you exchange emails, photographs from the three Catherines will be sent. The pictures will vary based on how the story progresses.

Not only are there the addition of Rin pictures, but also brand new pictures for the previous two heroines. 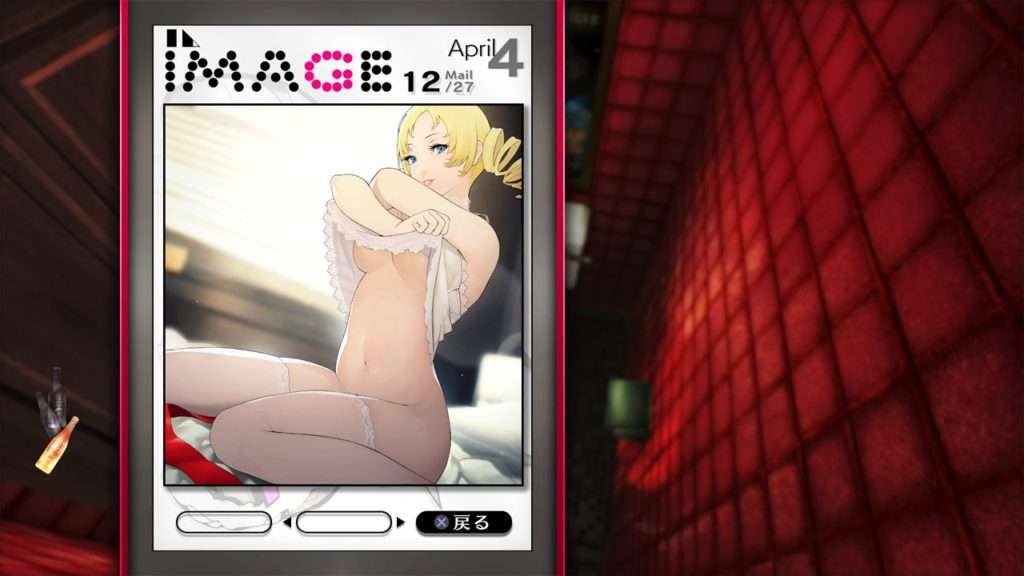 Some pictures are dangerous to open up in public, so they must only be looked at in private areas.

In the previous game, Catherine, there were modes that could not be played unless certain conditions were met. In this game, they can be played from the beginning. Aside from the main story, they are highly addictive game modes where the action puzzles can be challenged to their limit.

A mode that extends the action puzzles. You compete for how far you can climb the stage, where blocks fall in random patterns. There are 4 sages in all.

A competitive multiplayer mode on puzzle stages. The player who reaches the goal first, or who survives is the winner. In this game, multiple new stages have been added.

In “Online Arena,” online players can compete for Babel and Colosseum rankings. You can play “Rank Match” where you can enjoy matches against others of your level, or “Casual Match” where opponents are chosen randomly. You can also choose to play against others or cooperate with each other.

In addition to some story parts (half of the story, as detailed in a previous post), the online arena is fully compatible with the PS4’s Share functionality.

Save data can be exchanged between the PlayStation 4 and PlayStation Vita, and the PS4 also supports crossplay.

First-print copies of the game will include the “Persona 5 Playable Character Joker & Phantom Thieves Special Live Set” special content. With it, Joker will be added as a playable character in the Babel and Colosseum modes.

Joker Climbing to Reach the Top of Babel 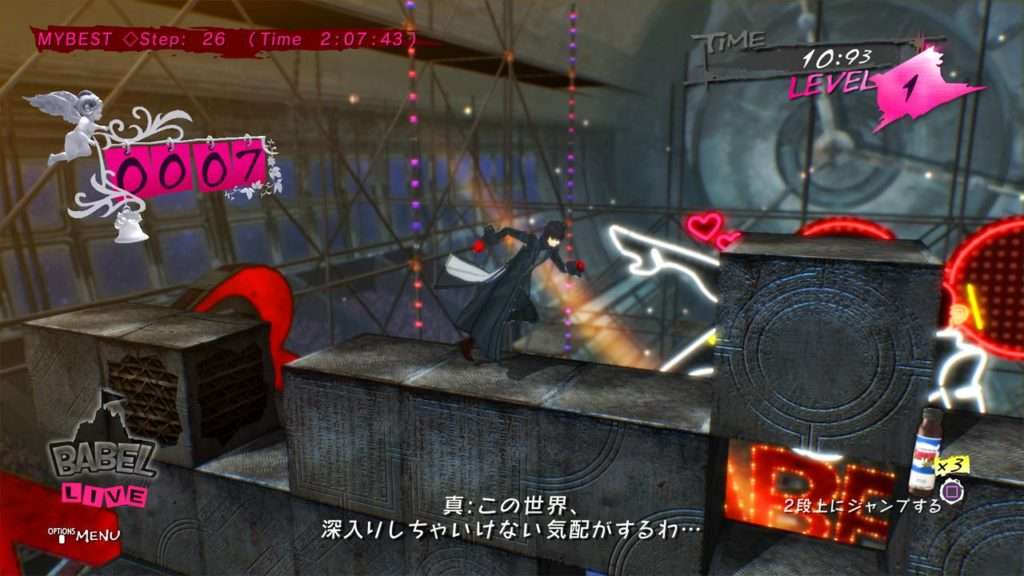 When playing as Joker, popular music from Persona 5 will be played as players climb and the blocks pile up. As you climb, voices from members of the Phantom Thieves will be heard. You’ll also be able to enjoy small event scenes with the Phantom Thieves upon clearing stages. 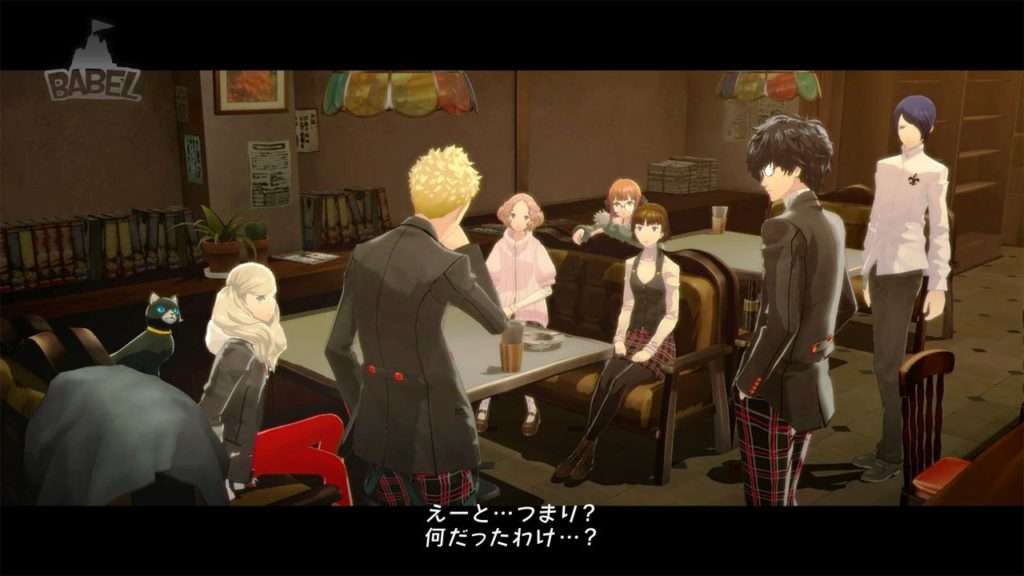 When downloaded, you can also select Joker as a playable character in Colosseum.

There are also victory poses exclusive for Joker. 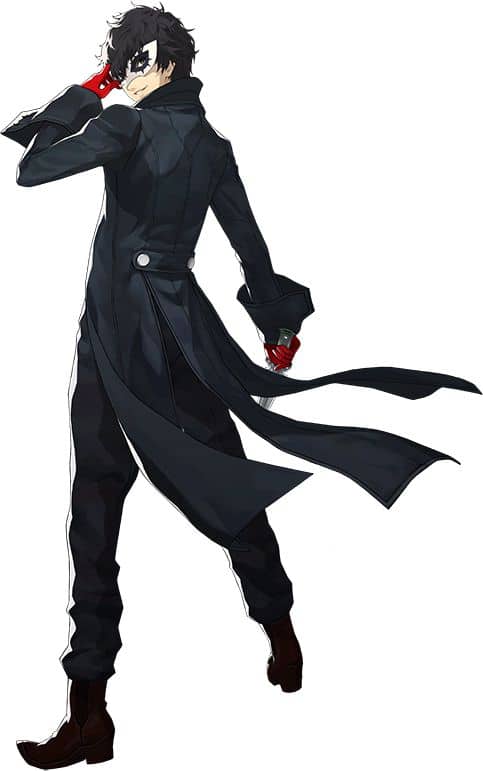