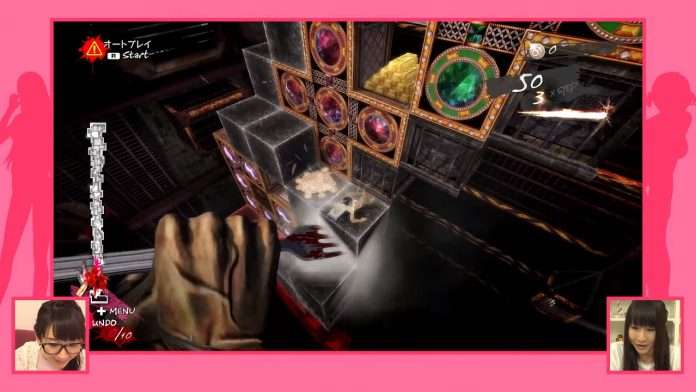 Catherine: Full Body for Nintendo Switch will finally be released in three days in Japan, and today Atlus has released a video showing two voice actors playing through the demo version of the game: “Isotchi’s Night of Doing it with Catherine.”

The 15-minute video is a somewhat loose project in which good friends and voice actors Tomomi Isomura (the voice of Hifumi Togo in Persona 5, and former host of the Persona Stalker Club) and Chie Matsuura play the demo version of Catherine: Full Body for Nintendo Switch while having a drink online. Atlus says that if you’re over 20 years old, they hope you’ll be able to relax and watch while having a sip of your own glass.

It was Chie Matsuura’s first time playing Catherine, so Tomomi Isomura gave her advice while playing. It starts off with Isomura daring Matsuura to pick the “Arrange” puzzle type for her first time.